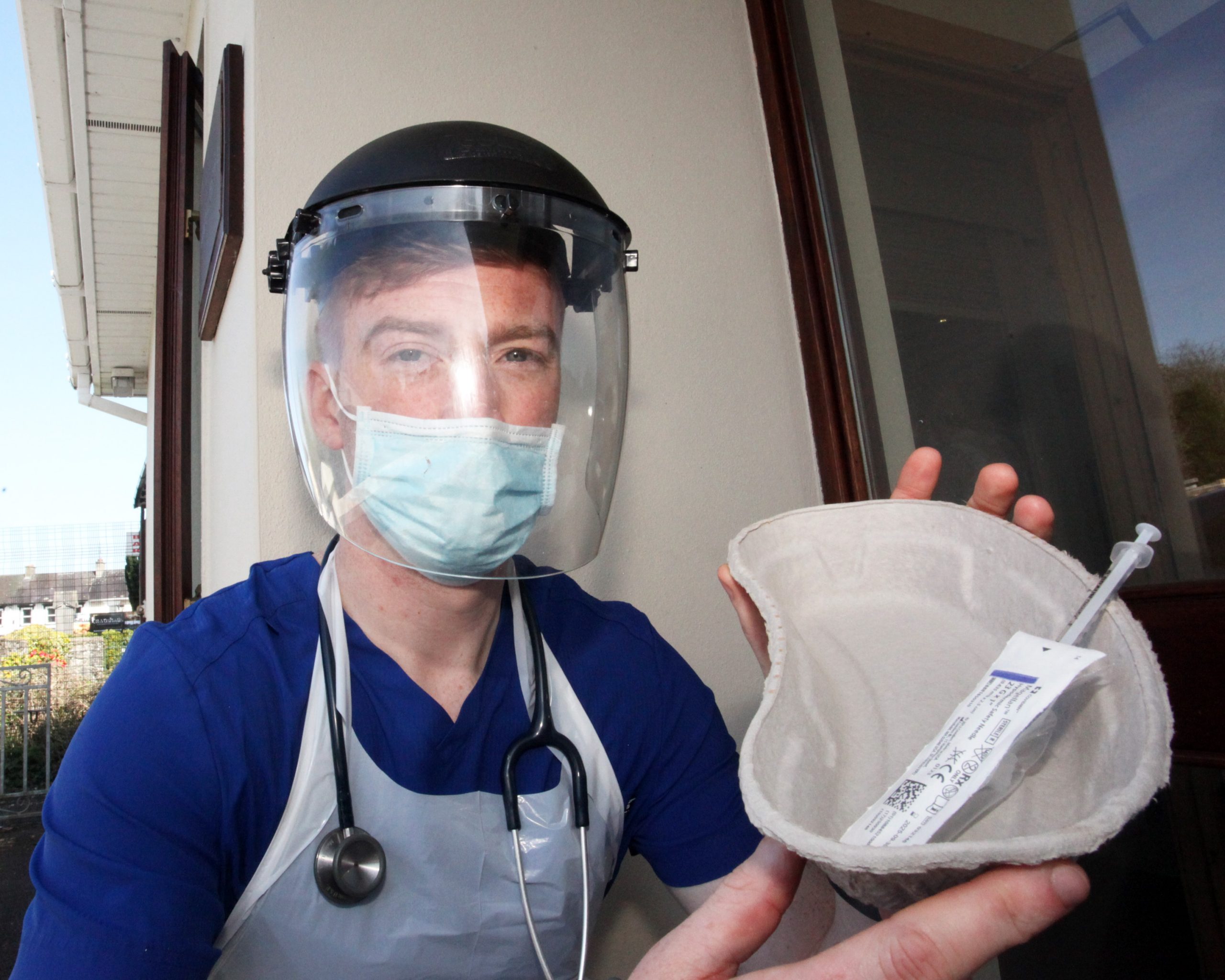 Donal O’Sullivan, joint captain of the Limerick football team, has been working on the frontline since COVID-19 arrived on these shores.

The 29-year-old, who is currently training to be a GP spent the last 18 months working in University Hospital Limerick’s paediatrics department.

When the virus reached Ireland last year Donal was launched into a hectic and sometimes frightening workplace, as frontline workers became the heroes of our country.

“We were leaning things that were outside of our realm of expertise, like how to work ventilators and things that we could have never expected before that March to ever be doing. So, the whole experience at times became very heavy – I’d be lying if I said there wasn’t one or two sleepless nights.”

Thankfully, at the time, Ireland did succeed in avoiding a similar situation to those of Italy and China, however the fear of the unknown lingered for all those working on the frontline.

“There was significant worry about the quality and quantity of PPE and whether or not we’d be going outside our areas of expertise. It was tough,” says Donal. “However, we (frontline workers) were in a very lucky position to be able to help. It’s been hard for everyone around the country, and we’re so lucky to have a job and be in a position that is able to help in these times.”

The Monaleen clubman says the public support during this time was unforgettable. One of his friends, Pat Freeman, even managed to raise €60,000 for PPE equipment by running a marathon in his own back garden.

In March of last year, Ireland was placed in what would be the first of many turbulent lockdowns. This meant that all sporting activities were cancelled, and groups were to no longer meet to play their sport.

The Limerick goalkeeper resorted to personal training within his 5km as the option to play GAA was withdrawn.

“Sport provided my escape, in March and thereafter, we would have had our league cancelled and I would have been doing a lot of extra shifts. In fact, I was doing close to two 24 hour shifts a week. When lockdown eventually started easing and football returned, I was looking forward to my weeks more, it was a huge pressure reliever.”

As a frontline worker, he had the added concerns of cross-contamination occurring, with the threat of bringing the virus to work, to the GAA, or home to his family, playing on his mind.

“Cross-contamination definitely was a concern, for me I was kind of worried about transmitting it to my loved ones, that was my biggest concern,” he says.

The frontline worker also explained that players were given the option to step back if they had concerns about catching the virus.

“It was really up to the individuals involved and their circumstance, and they had to take into account living with family members who were high risk. However, I don’t know of any lads from either team who opted out, in fact, the overall consensus was that everyone was quite eager to play.”

Donal eventually had to move out of his family home for fear of bringing the virus back to his parents. However, the GAA gave players a chance to escape from the stresses and struggles the pandemic brought to daily life.

“It was something to look forward to, but as well as that the GAA has equipped me with social skills and a lot of other things that helped get through this pandemic and deal with being in a difficult working environment.”

The aspiring GP says that, despite the continued presence of COVID-19 on these shores, he is hopeful the GAA’s return will not be hampered by the virus.

“There’s hope with the rollout of the vaccine that we will be getting closer and closer to normality.”

Donal revealed that during the start of the pandemic he began to write a book to document the experience of being a junior doctor during such unprecedented times and has considered releasing it in the future.

“I’ve finished it and all, but it needs an edit. I’ve given it to a few close family friends who enjoyed it so it might be something I explore down the line.”