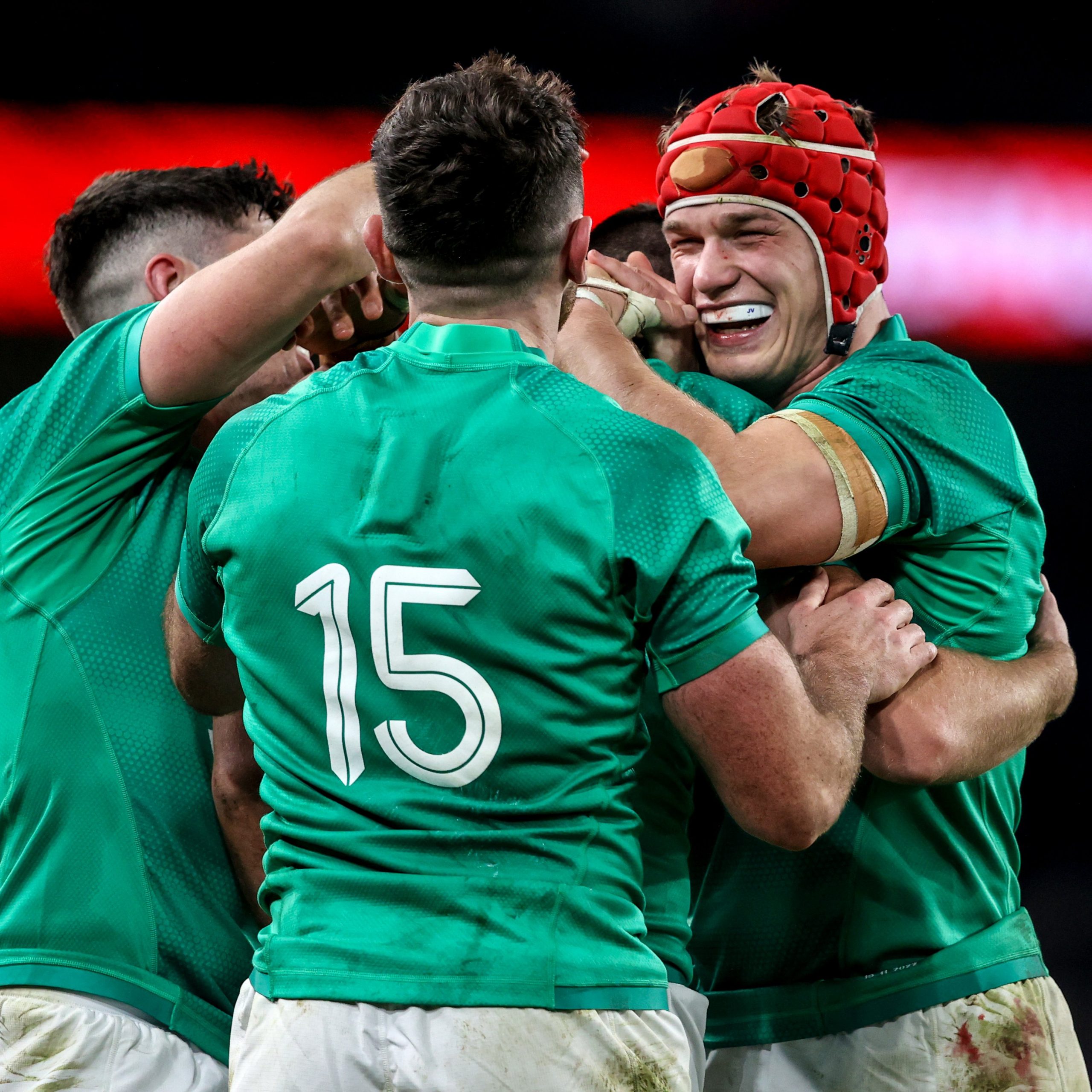 Brawls, bad mauls and poorly thrown balls – this match had everything fans did not expect

Ireland completed a clean sweep in their final November international against Australia in Dublin, in an ugly 13-10 victory.

Centre Bundee Aki’s try, and the boots of Munster fly-half Jack Crowley and Leinster number 10 Ross Byrne were crucial to the home team’s win against an Australian side that dominated the ball in the first half and threatened with it throughout.

Australia racked up over seven minutes of game time in Ireland’s 22, more than half of what Andy Farrell’s side managed.

Furthermore, this accounted for 34 per cent of their overall possession in the game, with 13 minutes and four seconds being spent in the Irish half overall.

However, it was the men in green, not gold, that earned the spoils on a cold Saturday evening at the Aviva Stadium.

It was a spine-tingling, stomach-churning 80 minutes on Lansdowne Road as Ireland and Australia fought a life-sapping battle rife with penalties.

Australia had found themselves over the Irish whitewash just four minutes in but a neck roll from their starting hooker Dave Porecki ruled it out.

Munster youngster Crowley opened the scoring five minutes later with his first kick of the game and Ireland looked as if they would start gaining a foothold on the game, but this was not to be.

Another neck roll by their replacement hooker Folau Fainga’a, who entered the pitch after Porecki limped off, saw the side reduced to 14.

This deficit became 13 when a scrum in the second half was called and Ireland came very close to scoring twice, thwarted by feet being in touch on both occasions.

Replacements started to pour into the game and Foley found an equaliser to make it 3-3 after 55 minutes, with the game turning into the bubbling broth inside a Lansdowne cauldron.

The Australian’s moustachioed number nine Nic White went off with what appeared to be a head injury before returning to the pitch just minutes later and finishing the game.

Lock Joe McCarthy entered the pitch for his debut at the hour mark and the hosts began to collect themselves.

They did what the Australians had failed to do for 67 minutes and breached defences when Aki crashed over.

Munster star Craig Casey and the pack worked together to scramble the Australian defensive line and give Aki his chance.

However, Ireland threw that hard work away moments later when Aki’s opposing number Jordan Petaia eased past a shellshocked Irish defence, who had failed to deal with an exceptional carry from La Rochelle’s Will Skelton.

But, the game was not over yet, nor had it turned on its head again as Ireland found their composure and made their way back into the Australian half.

A scrum penalty gave Byrne a chance to find redemption in an Ireland shirt, which he duly obliged.

Ireland survived another few heart-in-mouth moments and escaped their own home with an unlikely victory after a war of attrition.

Man of the Match: Caelan Doris.