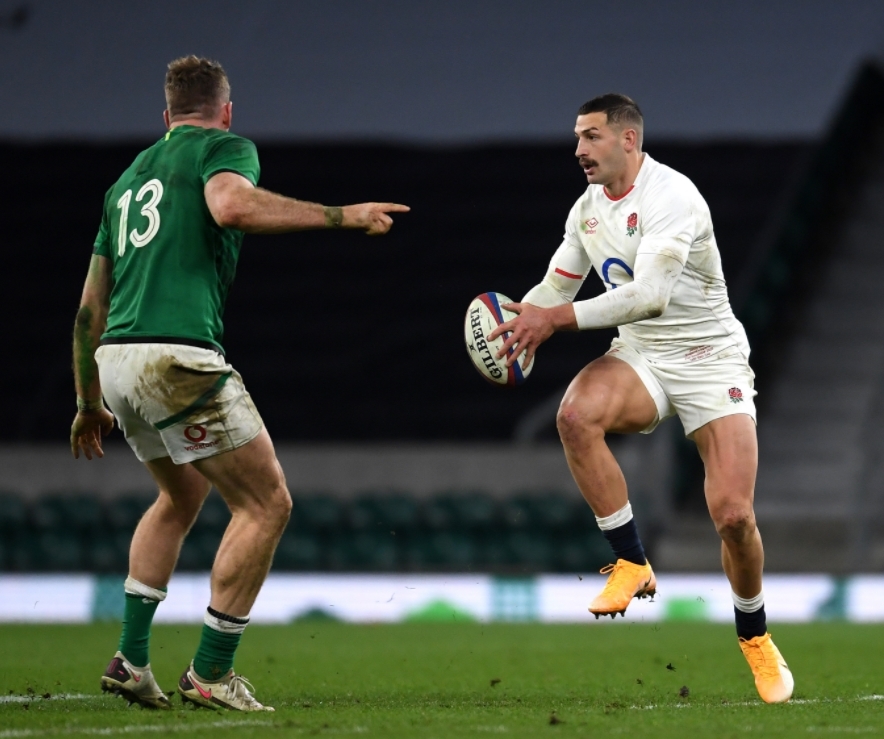 England’s strong defence and Ireland’s inaccuracies paved the way for an easy win for the home side.

This is England’s fourth successive victory against the Men in Green with Ireland failing to mount a serious challenge as they failed to break down a resolute England defence.

England looked certain to score a try within the first 10 minutes after some quick thinking from Ben Youngs, but CJ Stander managed to get a hand to the ball which stopped a certain try.

Eddie Jones’s side continued to dominate and their pressure told when Johnny May grabbed the opening try after a cross field kick from Owen Farrell with the out half then missing the conversion.

England added a second try soon afterwards as through May again who ran the ball back from his own 22 after Ireland lost a lineout, Farrell added the conversion from straight in front of the posts.

This was May’s 31st international try, level with Will Greenwood and Ben Cohen as he sits just behind Rory Underwood.

Ireland managed to gather the ball and after seventeen phases of play where England’s defence held them out. Keith Earls eventually broke the line, but England won a penalty to relieve the pressure on their line.

Ireland went in 12 points down at the break after a performance littered with mistakes and unforced errors.

The home side opened the scoring against the run of play at the start of the second half with Farrell slotting over a penalty to extend the home sides advantage.

Ireland gave away another penalty within scoring distance which Farrell duly converted to extend the home sides lead by another three points.

Andy Farrell’s men eventually managed to gain a foothold in the English half but despite some intense pressure from Ireland, Maro Itoje managed to win he turnover as Eddie Jones’ side dominated the breakdown.

Ireland started to empty the bench, two of these subs Billy Burns and Jacob Stockdale combined with the latter crossing for a try as Burns notched the conversion

That last try made the score line look slightly better after a disappointing display from Andy Farrell’s men.