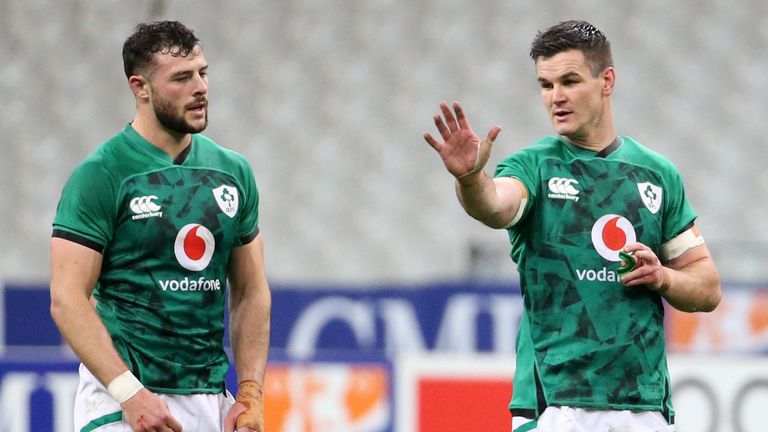 Johnny Sexton makes his return to the starting line-up this Saturday as Ireland look to end a year of inconsistency on a high as they take on Scotland in the Aviva Stadium (kick-off 2.15pm).

Farrell has made six changed to his starting XV for the weekend, trusting the experienced trio of Peter O’Mahony, Robbie Henshaw and the aforementioned Sexton. Ulster prop Eric O’Sullivan looks set to make his Ireland debut off the bench.

Conor Murray resumes his role at scrumhalf, and he is one of six Munster men who make the matchday squad. Keith Earls has kept his place in the team, as has CJ Stander who moves from number eight to blindside flanker to accommodate the inclusion of Caelan Doris.

Chris Farrell has dropped down to the bench alongside prop John Ryan. One notable absentee from the squad is Andrew Conway, a player who some argue may well be Ireland’s best option at full-back. Jacob Stockdale starts at full back

Farrell will be looking to the trio of O’Mahony, James Ryan and Iain Henderson to give Ireland clean lineout ball. This would set up attacking opportunities for the centre partnership of Aki and Henshaw, something Irish fans will want to see following the disjointed nature of the Georgia performance.

The last time these two outfits locked horns it ended in a 19-12 victory for Ireland. In fact, victories for the Irish over the Scottish have been the norm over the last decade or so, with the men in green winning eight of their last ten encounters with the Scots.

However, Gregor Townsend’s men will be confident they can topple a somewhat reeling Irish side on Saturday afternoon.

Townsend has handed an international debut to Edinburgh out-half Jaco van der Walt, who has only recently become Scottish-qualified. Ireland will have to be wary of the attacking prowess of Stuart Hogg and the outstanding Duhan van der Merwe.

The latter has been in good form throughout the Autumn Nations Cup, having beaten more defenders (12) and gaining more yards than any other player in the tournament.

Hogg himself will be looking to atone his error which effectively lost this fixture the last time the two sides met. Irish fans can be assured a man of Hogg’s quality will not make the same mistake twice.

While the game has been billed as a third-place play-off, both sides will be going out to win the game to end 2020 on a high, and nothing less than victory will be good enough in the eyes of Andy Farrell and his backroom team.