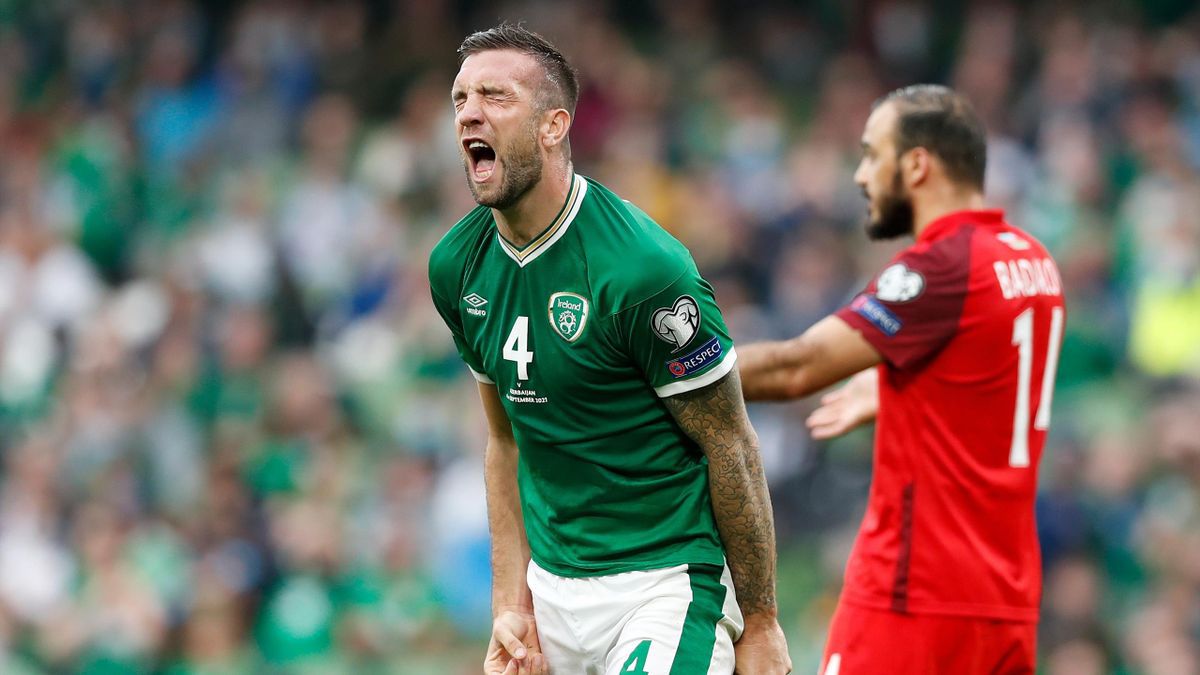 It has been just over a month since Stephen Kenny’s Ireland team rescued a point against Azerbaijan in the Aviva.

It was a match that most Irish fans, no matter how disillusioned they may have been with the performances under Stephen Kenny, expected the boys in green to win. Fresh from their heroics in Portugal a few days earlier, their first win in the World Cup Qualifiers looked to be on the cards.

Alas, it was not to be as Shane Duffy’s towering equaliser spared Ireland and Kenny’s blushes from a brilliant Mahmudov opener.

The Ireland manager will be looking to silence his critics with his first win of the qualifying campaign. Qualification for the World Cup is all but ruled out so a win against Azerbaijan is vital for him to show that progress is being made.

The players have been supporting him after every match, with Gavin Bazunu and Andrew Omobamidele speaking in favour of the under-fire manager after last month’s disappointing results.

However, Kenny has a way to go to convince legends like Paul McGrath and John Giles. A loss this Saturday could very well be the final nail in the coffin.

Kenny will be glad to see Enda Stevens returning to the squad after an injury ruled him out last month.

Derby midfielder Jason Knight also returns from injury, while Wigan forward Will Keane, twin brother of Everton defender Michael, is making his first trip with the Ireland squad after earning a call up.

He declared for Ireland in 2019 despite playing with the England u-20 squad previously, qualifying through his father. Keane has scored five goals in League One so far this season and could come in handy in a side whose last three goals have come from two Irish defenders and one from Serbia.

Gavin Bazunu will more than likely reclaim the number one spot on Saturday, while defender Andrew Omobamidele will surely get his third cap.

He really impressed pundits and fans alike after his debut in Portugal, while Bazunu seems to be the next great hope between the Irish sticks.

Aaron Connolly is also in the squad, and while he may not be getting regular Premier League game time for Brighton, he did score a brace in their two-nil win against Swansea in the League Cup last month. He will be looking to build on that and hopefully open his Irish account in Baku.

Although defenders Seamus Coleman and Dara O’Shea are both out through injury, Stephen Kenny seems to have most of his first-choice squad at his disposal. His pick of forwards is young, dynamic and eager to make a name for themselves. He may have a bit of a headache picking his best forwards in a front two or three, but that is not necessarily a bad thing.

His defensive line seems to pick itself with the emergence of Omobamidele in a back three with Duffy and Egan, while the midfield could prove a trickier decision. Here is our predicted starting line-up below:

With plenty of talent off the bench, Ireland should win this but with the long trip to Baku and the expectation heavy on their shoulders, it could be another long night for Kenny’s troops.

I wouldn’t be surprised if Duffy nods in either a late equaliser or a winner, but I’ll remain confident in Connolly and Idah to get Ireland their first win of the 2022 World Cup Qualifiers.