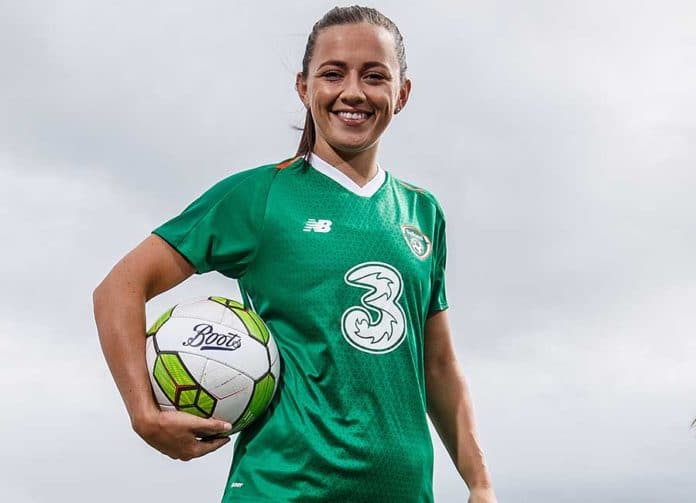 The Republic of Ireland face a daunting task if they are to secure a berth for the UEFA Women’s European Championships as they come up against Germany on Tuesday (kick-off 5pm).

Limerick’s Claire O’Riordan is named in the squad for the crunch qualifier as Vera Pauw’s side currently sit in second place in Group I, which is good enough for a play-off spot.

However, Ireland are overwhelming underdogs against Germany with Ukraine sitting one point below the Girls in Green as they face a Montenegro side who are yet to win a game in the group.

With Ukraine seemingly destined to win their game, Ireland will need to beat eight-time European champions Germany to maintain their hopes of qualifying for a first ever major international tournament.

Ireland enter this game after a frustrating 1-0 defeat to Ukraine in October left them needing a positive result against the Germans to secure a play-off berth.

An Aine O’Gorman own goal consigned Ireland t defeat with Katie McCabe rattling the crossbar with a penalty and Rhianna Jarrett seeing an effort cleared off the line.

To highlight the scale of the challenge facing Ireland, Germany defeated Ukraine 8-0 in both of their group meetings in this campaign.

Germany beat the Republic of Ireland 3-0 in their previous meeting in this group with Martina Voss-Tecklenburg’s side guaranteed top spot having won all their seven games thus far.

They have scored 43 goals in that time and have conceded none as they contain a team filled with stars.

The Republic of Ireland will need to produce their greatest ever performance to stand a chance of upsetting the odds and moving a step closer towards creating history.

The good news for Ireland is that they possess players who compete at a high level in the FA Women’s Super League.

Katie McCabe will need to be at her best and banish any hangover after her penalty miss against Ukraine. The Arsenal player is top scorer in this year’s campaign for Vera Pauw’s side having found the net three times in seven games.

Dianne Caldwell is another important player for Ireland. She is a tough defender who has also been a threat for Ireland at set pieces and has popped up with two goals from defence.

Germany enter the game as firm favourites after romping through the group. This would be Ireland’s finest hour if they can pull off a victory and the perfect way to respond to the criticism they faced after their defeat to Ukraine.