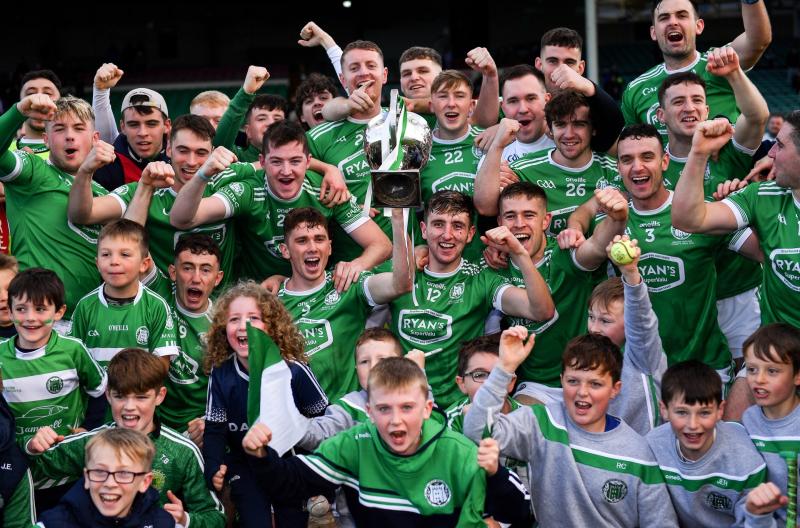 Seven years on since their last senior hurling title, a late goal from Oisin O’Reilly was enough to bring the trophy back to Kilmallock.

The deadly duo of Graeme Mulchay and Michael Houlihan tormented the Patrickswell side scoring 18 points between them.

Although, the score line suggests a comfortable victory for Kilmallock it was far from the case as Patrickswell gave everything they could in the second half.

The goal from O’Reilly proved pivotal to the victory as the teams were level 12 times during the game.

The game started brightly with both teams trading points with Mulchay scoring two with Aaron Gillane replying for Patrickswell as the sides were level.

Patrickswell moved into the lead with Gillane and his brother James scoring points to give them the advantage early on.

The next three scores of the game for Kilmallock as Houilhan (2) and Aaron Costello added one to give them a slender advantage until Gillane levelled the game going into the first water break.

After the resumption from the water break the first goal chance came in the way of Aaron Gillane only to be denied by the keeper.

The sides remained deadlocked at 0-9 a piece nearing half time until two Houlihan frees gave the advantage to Kilmallock at the break.

Patrickswell turned around the deficit after the break and they were looking good for the win for a good period of the second half but the Kilmallock side rallied and turned the game on its head.

The moment of the game then soon arrived as O’Reilly scored the only goal of the game to lead his side to victory. It got worse for Patrickswell as Seanie O’Brien was sent off after being shown a second yellow for a collision leading up to the goal.

Kilmallock pushed on now after the vital goal with Conor Hanley scoring two frees and fittingly man of the match Graeme Mulchay ended the scoring to spark joyous scenes at the final whistle.