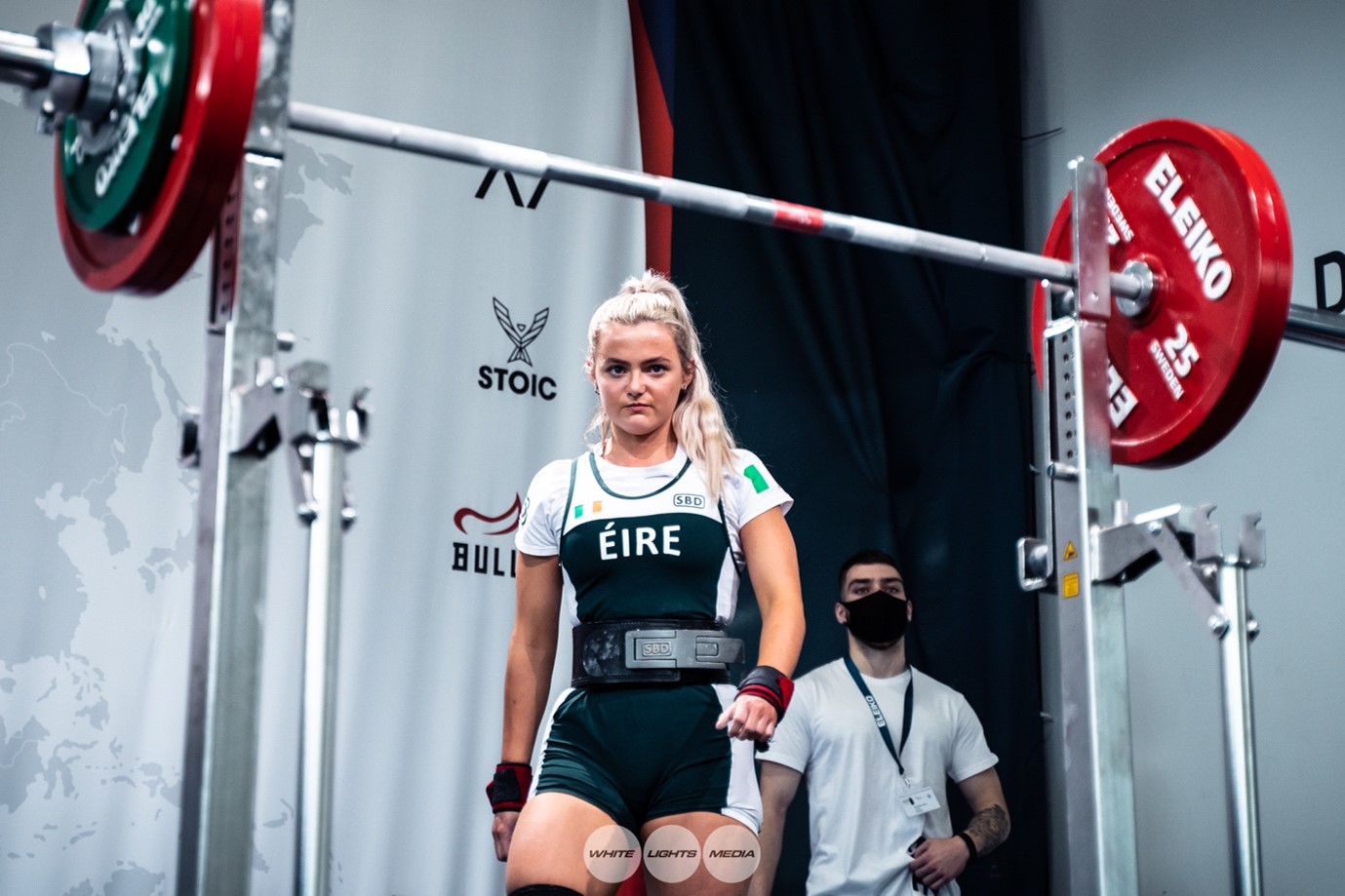 Limerick local Laoise Quinn has been hugely impressive in the powerlifting circle in recent years, already having a world title to her name.

The recent Castletroy College graduate is one of many high-level powerlifters the area has produced in the last decade and a half.

Limerick is one of the most prestigious sporting cities in Ireland, if not globally, but its status as such has been tied to other, larger sports over the years.

From the heaving cauldron of Thomond Park on a Heineken Cup matchday to the recent national domination of Limerick hurling, sports such as GAA, rugby, and boxing are an ingrained and proud facet of Limerick’s legendary culture of community and identity.

However, in recent times, the sporting landscape has changed, and new disciplines have been slowly but surely breaking into the mainstream in Limerick – powerlifting is among them.

Elite powerlifters expect to lift a total of up to 10 times their body weight across the three lifts, and there are plenty of athletes with such calibre hailing from Limerick.

In the sport’s meteoric rise in Ireland in the last 15 years, Limerick has established itself as one of the very best locations to be a powerlifter in Ireland.

The city boasts many of the top gyms in the country, such as ABS, Southside Barbell, and Patrickswell Powerlifting Club.

CityGym, located in a seemingly modest location on Sexton Street, must be considered the Mecca of elite powerlifting in Limerick – it boasts some of the most formidable lifters in Irish history.

The gym is home to Sarah Gardiner, the first Irish female powerlifter to amass a total of 500kg across the three lifts in a competition.

It also is linked to Alex Cremins, the current Irish U-66 kg champion, and Jonathan Akagha, the current U-105 kg Western European #1.

Quinn, the 2021 57kg Sub-Junior division World Champion, is also a member of the gym, and her exploits have earned the Sexton Street establishment even more praise.

“I started going to the gym when I was around 13 to lose weight – just cardio,” said Quinn. However, it soon became more than that.

Just the following year, she began to learn how to squat and deadlift, putting her on the path to powerlifting professionally.

On top of this, the local prospect has also earned sponsorship deals with top brands such as MyProtein via her Instagram and TikTok which have amassed a combined following of over 14,000.

However, her road to success hasn’t entirely been smooth sailing – the 19-year-old recently suffered a setback with a back injury.

“I went into a third back-to-back prep (training cycle preparing for a competition) and my body just wasn’t able for it,” the athlete told Limerick Voice.

It has taken her a year to recover fully from the injury, but she has now completed rehab and is back at her best.

Quinn credits powerlifting for making her more outgoing as well as improving her mind through discipline and overcoming adversity.

Given her success and online presence, it’s likely many young athletes will follow the path the 2021 World Champion is currently blazing in powerlifting.

The young star encourages this, noting that powerlifting is “the most gender-equal sport” that she has come across.

Additionally, Quinn believes that the sport has the potential to grow further and see more young athletes rise to the top.

“I definitely think they could improve it by starting clubs in schools,” she noted. Athletes in other sports such as hurling and rugby have seen their talents nurtured in such a way.

The Limerick native has her sights set on becoming world champion again in her new U-23 category, and the future is looking bright for the Limerick powerlifting scene in general.

The sport may explode into the mainstream in Ireland in the coming years, with heroic athletes and packed arenas to boot – Quinn and other Limerick names potentially at the centre of it all.

These names could find their way into the eternal pantheon of Limerick sporting heroes alongside Galvin, Lee, Lynch and O’Connell in the near future.

For now, though, enjoy your front-row seat to an incredibly exciting development in Limerick.