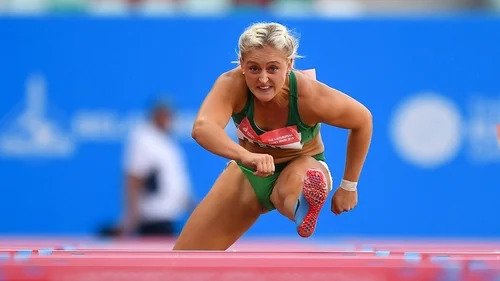 Limerick athlete Sarah Lavin has reached the semi-finals of the 60m hurdles in the European Indoor Athletics Championship after running a Personal Best (PB).

The Emerald AC woman ran a time of 8.08 to finish third in her heat and qualify automatically for the semi-finals.

She finished behind Nadine Visser, who is among the favourites to medal at these Championships and British athlete Cynthia Sember.

Lavin, who is coached by Noelle Morrissey, will fancy her chances of following on Derval O’Rourke’s footsteps and reaching the final of this event.

The 60m hurdler returns to the track on Sunday for her semi-final.

Lavin has impressed in recent weeks as she beat her Personal Best (PB) twice last Wednesday in the World Indoor Tour.