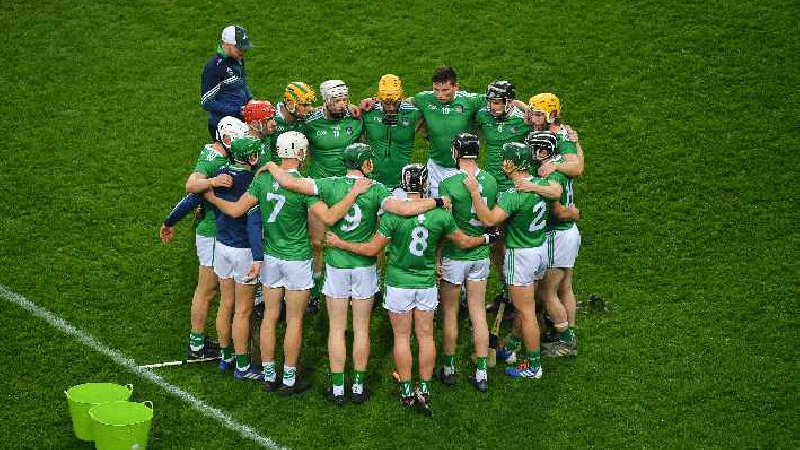 Limerick GAA has struggled to fan the flames caused by a recent training jersey release.

Limerick GAA has released a special edition training jersey in order to raise funds for a team bonding holiday for the men’s senior hurlers.

The specially designed jersey will feature all subscribers’ names on the front and back, alongside a letter from John Kiely and captain Declan Hannon.

The funds will be put towards a holiday fund for the current All-Ireland champions.

Winning All-Irelands is never easy, three-in-a-row is even harder – that’s the accomplishment of the treaty side that currently holds the crown. The deeply talented squad have won four of the last five All-Ireland titles.

But the initial asking price of €150 for the limited-edition top was deemed far too expensive by many supporters who raised their concerns recently.

The uproar led to a reduction in price alongside an official statement from Limerick GAA: “Since winning the All-Ireland hurling final and completing the three-in-a-row of victories planning has been ongoing to arrange a team holiday for the victorious team, management, backroom team and their partners.

“This is done as a reward for the hard work and dedication that is involved in winning an All-Ireland title…This one-off jersey will see each subscriber have their name on the jersey which will be worn by the player’s next season.

“Each subscriber will receive the specially commissioned jersey with their name on the fabric, a beanie hat and a personalized letter from team manager John Kiely and Captain Declan Hannon.

“When launching the initiative Limerick GAA were cognizant of the current economic situation and have tried to keep the cost at as reasonable a base as is possible.

“However, based on the response from our loyal supporters we have listened to the feedback and to this end we are now confirming that the cost will be reduced to €100.

“Those who have already purchased at the original price will be refunded the difference”.

However, many supporters remain unhappy with Limerick GAA after the price drop, feeling that the shirt is still too expensive.

Reactions on social media paint a picture of fans disappointed that they would be asked to part with a three-figure sum in return for a training jersey, as it is called on the official county board website.

Two-time all-star, Limerick full-back Dan Morrissey spoke on the importance of fan support and a team bonding holiday while speaking exclusively to the Limerick Voice as he stated: “ We are all looking forward to getting away for a break to recharge the batteries before the new season commences and to celebrate the three in a row.

“We are very grateful to the fans who have travelled all around the country spending hundreds of euros, going to games, supporting us over the year and I’m sure supporters are also grateful for the enjoyment and memories we have given limerick people from winning the three [All-Ireland SHC titles] in a row”.

Limerick GAA further added, “This is a great opportunity for Limerick GAA supporters to get something back.”