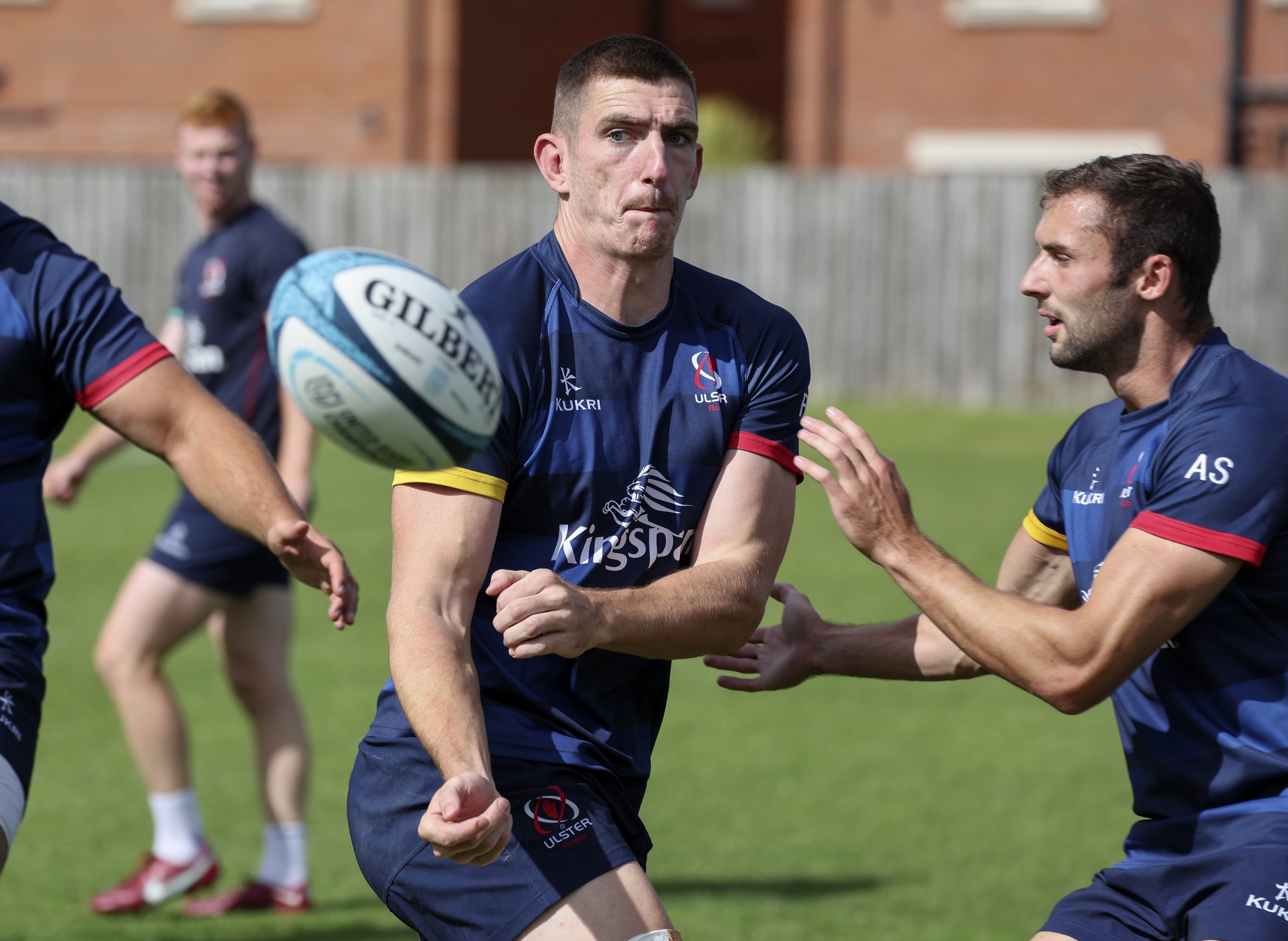 The 27-year-old forward is contracted to Ulster this season after starting his senior career in France.

Stepping onto the Kingspan Stadium turf for his Ulster debut against Ospreys in October completed an elongated journey from Limerick to Belfast for Frank Bradshaw-Ryan and opened another chapter in his fascinating career.

The Treaty County native earned his first professional outing for an Irish provincial outfit after spending six years plying his trade in France.

The 27-year-old lock forward had previously lined out for the Munster ‘A’ side and the Ireland Under-19s before moving abroad.

Bradshaw-Ryan was delighted to achieve such a milestone: “It was something that I had really wanted to do in my career…I didn’t think it was ever going to happen.”

Ulster’s tallest player signed on the dotted line to join the team in February and has enjoyed his time at the organisation so far.

He has only one appearance to his name so far this season but finds the challenge of achieving the high standards expected of himself and his teammates to be one that is enjoyable.

The two-meter-tall Bradshaw-Ryan joins a stacked second-row depth chart at Ulster, filled with internationals such as Iain Henderson and team veterans like captain Alan O’Connor.

The former Shannon RFC star has spent a lot of time with his fellow locks in training and singles out lineout caller O’Connor as someone who he learns a lot from in particular.

However, his fascination does not stop at the skipper when it comes to training alongside the other members of the United Rugby Championship’s best lineout unit so far this season.

“For me, it’s very interesting to see how different people do it, the different ways they approach that sector of the game, which, before I came, would have been a sector I would have prided myself on.

“But even just looking back at the last few months, the amount I’ve learned off [of] those guys has been class.

It’s been really, really interesting and I’m always, like, learning something new off [of] them as well, which is really good.”

The Ardscoil Rís alumnus had spent his entire senior career up until this summer overseas with Auch and Nevers in the French second-tier, the ProD2.

The league is famous in France for its passionate fans and its ability to develop talents, being a known breeding ground for forwards.

The Ulster forward made over 100 appearances in the division, many of them coming for a Nevers side that was a perennial promotion contender, and looks back on his experience abroad positively.

“I wouldn’t change anything [about the decision to go abroad] for the world – I had an absolute ball in France; I learned a new language, I met some absolutely amazing people…I don’t know if I would ever have the chance to play professional rugby in Ireland had I not gone over.”

Bradshaw-Ryan is loving his time in Ulster since coming back to the island of his birth and has entered the camp in Belfast at a good time.

The province’s resurgence under Dan McFarland gains more and more traction with every passing season and the team sits second in the URC heading into the next spell of club rugby.

The forward notes that the coaching staff maintain a positive vibe and that the group of players have been incredibly welcoming.

On top of this, the Ulster faithful impressed their new signing with their passion when he attended their knockout league match against Munster last season and his first taste of this atmosphere was worth the wait.

“I remember when I was watching the Ulster-Munster URC quarter-final this year in Kingspan and the sun was shining, the lads were throwing the ball around and scoring class tries. There was such a good atmosphere in the stadium.”

As well as training with the province, the two-metre-tall forward has lined out for City of Armagh in Division 1B of the All-Ireland League.

Bradshaw Ryan has had the chance to keep his legs fresh with games for the team and enjoys working alongside Ulster Academy coach and former senior flanker Willie Faloon, among others at the club.

City of Armagh is a family club much like Shannon is his family club – his uncle and grandfathers have all held the title of President – and this only backs up the impression it has had on the experienced lock.

“I got really lucky to be put there to be honest…whenever I get a chance to play for them, I absolutely love it as well.”

For a player who found their way into an Irish provincial senior setup in an unorthodox manner, it is no surprise that Bradshaw-Ryan is focused on what the rest of the season has in store for himself and the sides he represents.

He’d love to get more game time with Ulster as the season goes on – his family have one eye on Munster’s visit to Belfast on New Year’s Day.

Furthermore, the former University of Limerick student made clear that the team at Ravenhill are united in their belief that they can make the step that has eluded them these last few seasons.

From chasing promotion with City of Armagh to continuing the search for silverware with Dan McFarland’s determined Ulstermen, Frank Bradshaw-Ryan has another fascinating chapter in his career yet to be written.