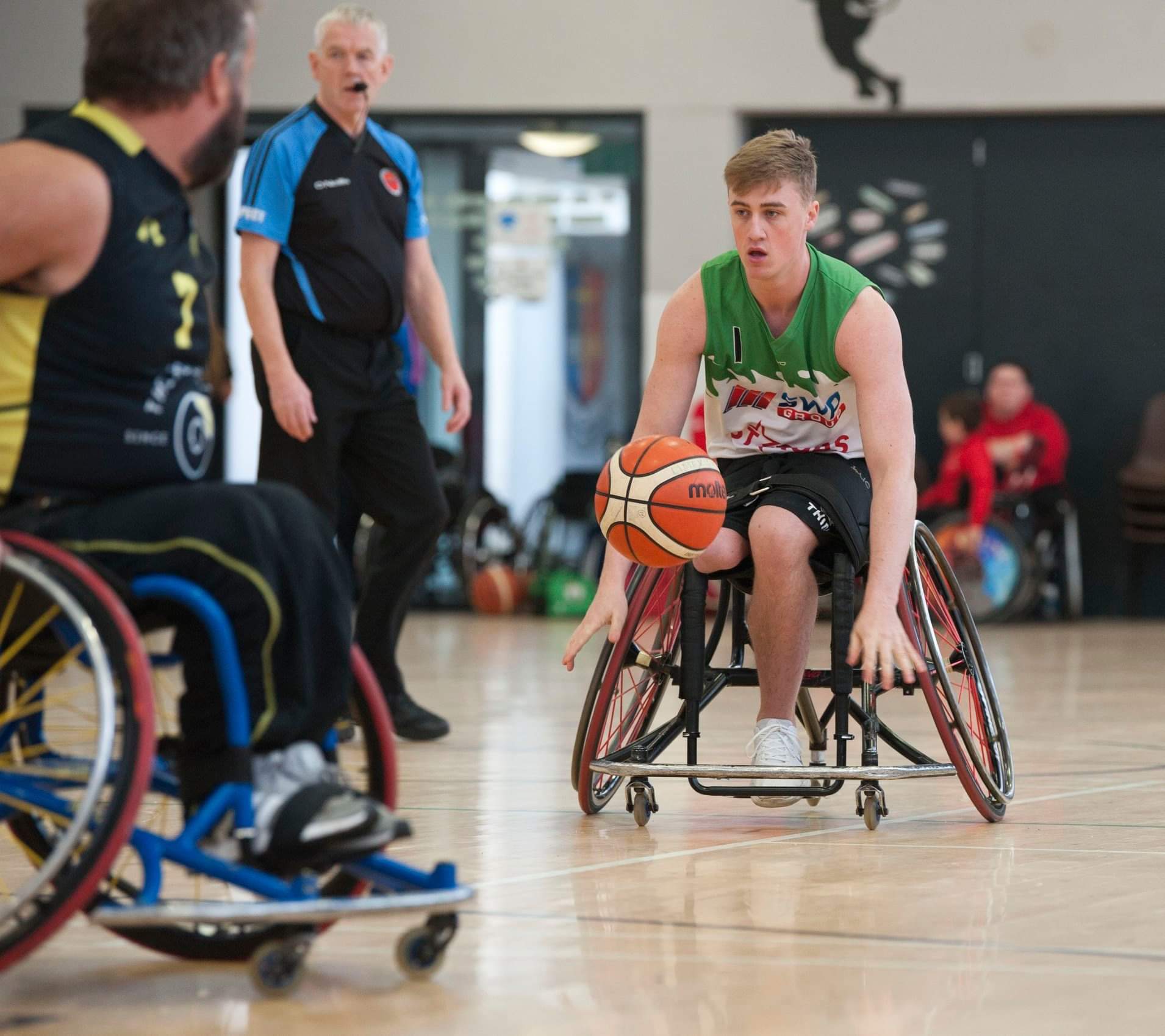 IRISH Wheelchair Basketball is on the rise and with the current league system in place athletes with various types of disabilities are now being given the chance to train and play at the absolute highest level of para sport.

Local Limerick Scorpions Wheelchair Basketball Club is one of ten teams taking part in the league.

The Scorpions club has shown tremendous success since first being established in 2013 having won the senior Irish Wheelchair Basketball League twice in a row in 2015 and 2016, and being crowned cup champions in 2016.

Scorpions captian, Tiarnan O’Donnell, who is an amputee, has recently been given the responsibility of leading the club and says he considers it a huge honour.

Speaking to Limerick Voice, he says, “our ambition for this season is to win the Hula Hoops Cup, that is played in the National Basketball Arena in Tallaght in front of big crowds. It’s streamed live and has a big following. So our goal is to win that cup and do very well in the league.”

Limerick Scorpions play their next round of the Hula Hoops Cup against the South East Swifts and recent games between the two clubs have thrown up tight affairs. Tiarnan expects it to be tough again as he admits “they are a big team so we just have to play very good defence and make sure we box them out, get the ball and stop them getting in close because if they get in close they’ll catch their own rebound and keep shooting. Our goal is to outwork them, keep them out and be faster than them on offense.”

Wheelchair Basketball has been a popular sport among para-athletes in Ireland for decades and has advanced greatly.

It’s played similarly to the rules of the running game, however, owing to the number of different abilities, a classification system is in place to determine each players impairment.

Players used to have to play in regular day chairs but are now accustomed to state-of-the-art chairs fitted specifically to their bodies. However, these chairs can cost upwards of €2,500 and getting the funding for them can be quite difficult.

For the Scorpions, Limerick businessman, JP McManus, donated €20,000 to fund the chairs which enables the team to play better and move around the court more efficiently.

Tiarnan says the senior team is currently aiming to get to Division A of the Europeans an eventually reach the Paralympics. Although he says that Tokyo will come too soon as the team needs to move up a few divisions first, Tiarnan believes the Paralympic Games being held in Paris in 2024 are not beyond the realms of possibility.

Speaking about how to improve such goals, Tiarnan says mentality is key and the team’s preparation for games needs to be perfect.

“We film some of our games so we go back and watch some of them to pick out things we didn’t do right and work on them and develop them,” he explains. “It’s about going into a game having the mindset of you’re ready for the opposition and you know your job. Communication within the team is also vital for us.”