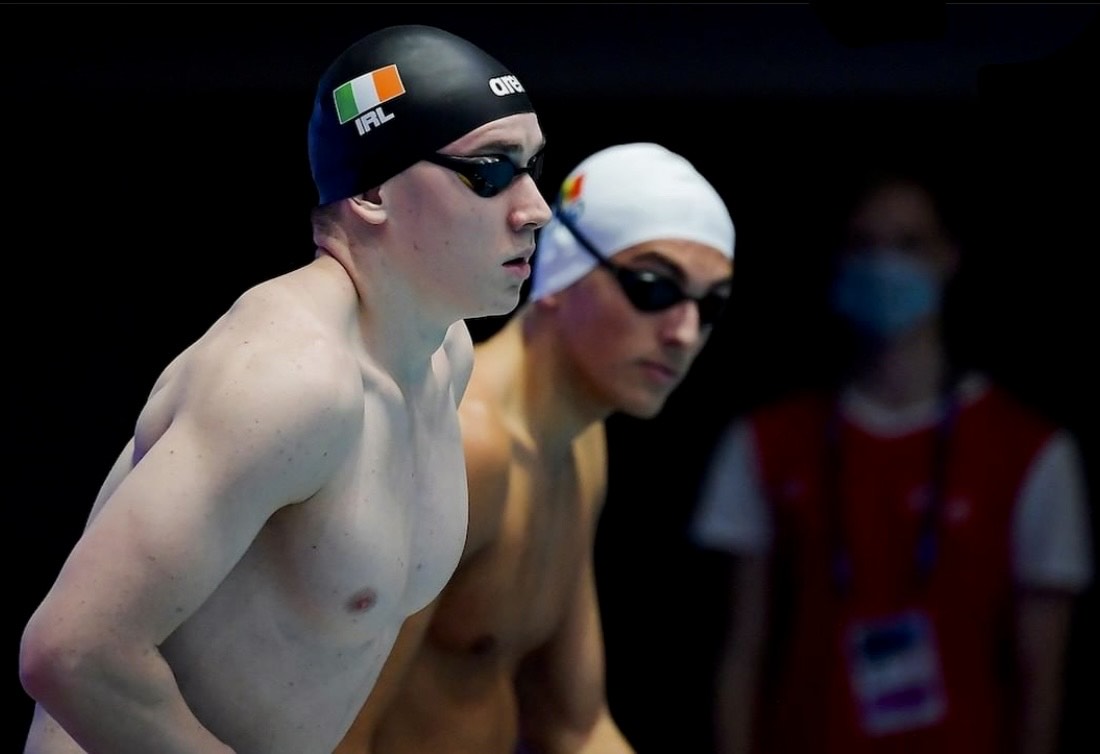 After suffering heartbreak on missing out on the Olympics, Limerick swimmer Eoin Corby put it behind him and shattered his own personal best in the European Short Course Swimming Championships semi-finals in Kazan.

Mr. Corby who comes from Clarina in Limerick has his sights set on the Olympics in Paris in 2024 after a successful tournament in Kazan.

Although Mr. Corby fell short of a final spot, he did record a new personal best which was just 0.15 seconds off the Irish mens record.

Eoin used his previous experiences of Kazan in 2019 to his advantage, which helped him to break his personal best in some style this time around.

He said: “In 2019 I had great success swimming personal best times in the heat, semi-final and final of both 100m and 200m Breaststroke events that I swam in. It definitely helped me this time around to achieve what I did.”

The Limerick man was happy to mix it with the best in the semi final and thinks he lived up to the challenge of racing with the elite and learned from his experiences.

“The race itself was very exciting and a great opportunity to compare myself with European and Olympic finalists. They are exceptionally fast. It is good to challenge myself against the best swimmers in Europe.

“At this time of the year some of these swimmers travel from competition to competition. There was a FINA World Cup event in October and many of the same swimmers were there. I travelled to the Budapest leg of the competition. This helped me prepare for the European event in Kazan.

“These elite swimmers can be interesting to watch and learn from. In the pre-race call room you can learn about how they prepare for their race, some have specific routines to help them keep their focus, such as various loosening up stretches, listening to music on their headphones, etc.

“It is a great feeling to be in the group with these guys – but it is also important to not let them distract you from your own preparation.”

Mr. Corby hopes to improve on his performances in the future and points to University of Limerick and his coaches for the great shape he is in at present.

“I constantly look to improve my performance and time every time I race. I was thrilled to be only the second Irishman to go under a minute for Breaststroke in the Olympic Trails. My improvement recently in the 100IM Short Course event is another stepping stone in that overall improvement process.

“I moved up in European and World rankings and I will aim to better that in 2022.  We have been exceptionally lucky to be able to train as a small group of High-Performance athletes in the University of Limerick swimming pool through the various COVID19 restrictions.

“We had some limited opportunities to race other athletes in the High-Performance centres, but with no spectators and a very small limited group of swimmers it didn’t have the same race excitement.

“Training is currently going very well, and I have to acknowledge the support and help I get from my coaches and Swim Ireland team in Limerick coaches John Szaranek, Michael McCarthy, S&C Lorna Barry, physio Kathryn Fahy.”