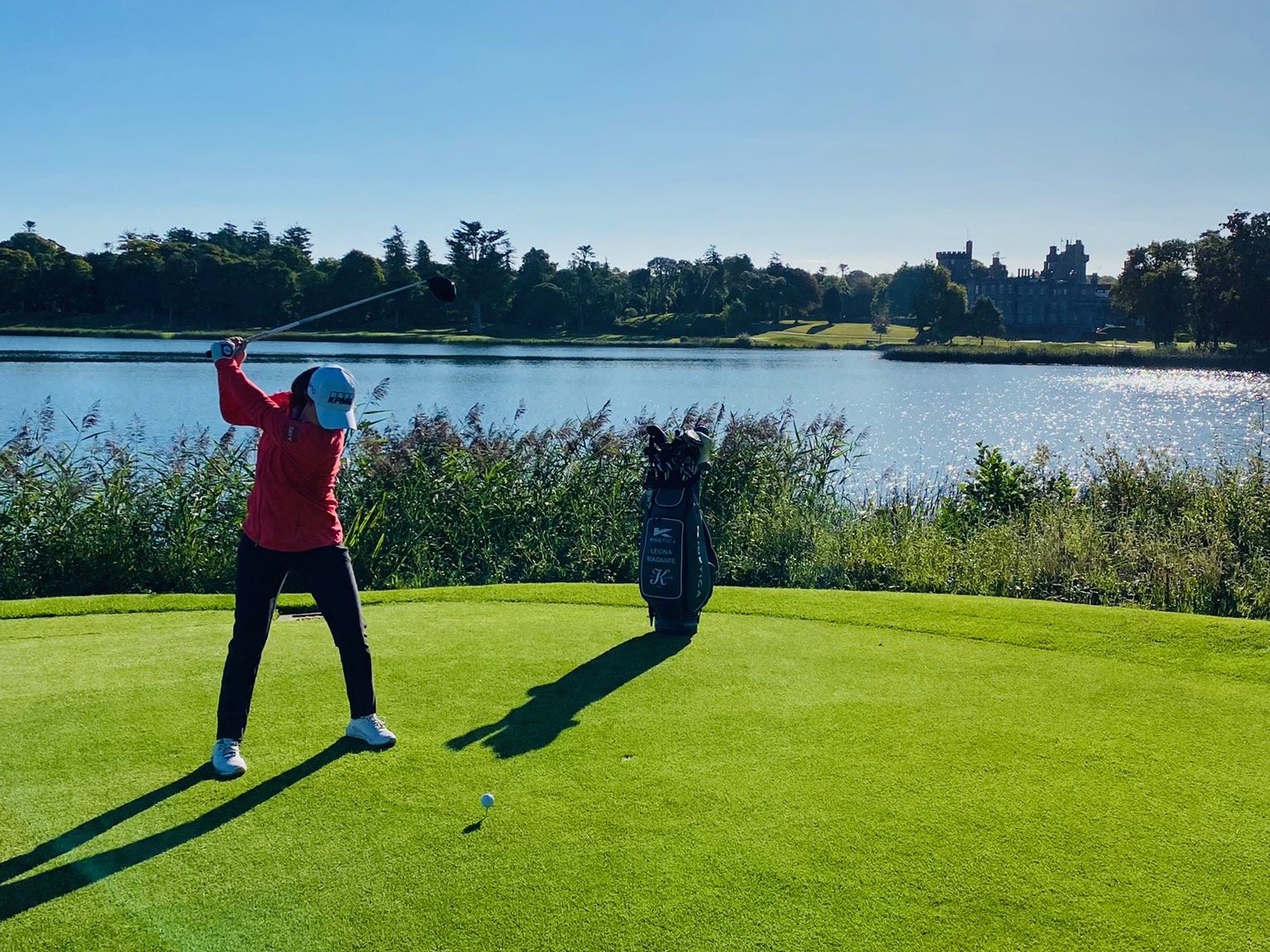 Maguire played exceptional golf in the final round, playing her last 10 holes at seven-under, but the rest of her weekend was not as strong.

The Cavan golfer admitted that it was jetlag that hindered her performance in the opening round, a five-under 67 saw the Cavan native fall to tied-seventh in the first round, two shots off leader Alexandra Swayne.

This underwhelming start had her chasing the pack and she was unable to hold onto a lead she had miraculously carved late on.

Maguire lost ground during the second round when a disappointing three-over-75 saw her drop outside the top 40 players.

The world number 18 had competition for the leaderboard’s top spot, with Sweden’s Mia Folke carding an impressive 62 to lead the tournament at 10-under.

Despite her struggles in round two, Maguire rallied to pull off an incredible round of seven-under-65 and find herself in the mix for Sunday’s spoils.

Responding to the positive energy from the crowd, Maguire played her final 13 holes at eight-under and clenched the lead heading into the final round.

After a number of par saves and a tricky up and down for birdie at hole six, Maguire nailed a 14-foot putt to go 1 under.

After draining a chip on 12 and a birdie on 13, Maguire finished her weekend strongly. However, it wasn’t quite enough to challenge for the top spot, as she missed out on the sudden death playoff by one stroke.

Maguire’s 13-under par finish left her in a three-way tie for fourth.

The KPMG Women’s Irish Open is set to return to Dromoland Castle next year off the back of the overwhelming success last weekend. With over 24,000 fans visiting the Clare resort throughout the weekend, a summer date is likely to be set for the tournament’s 2023 edition.

Find out more about the KPMG Women’s Irish Open.