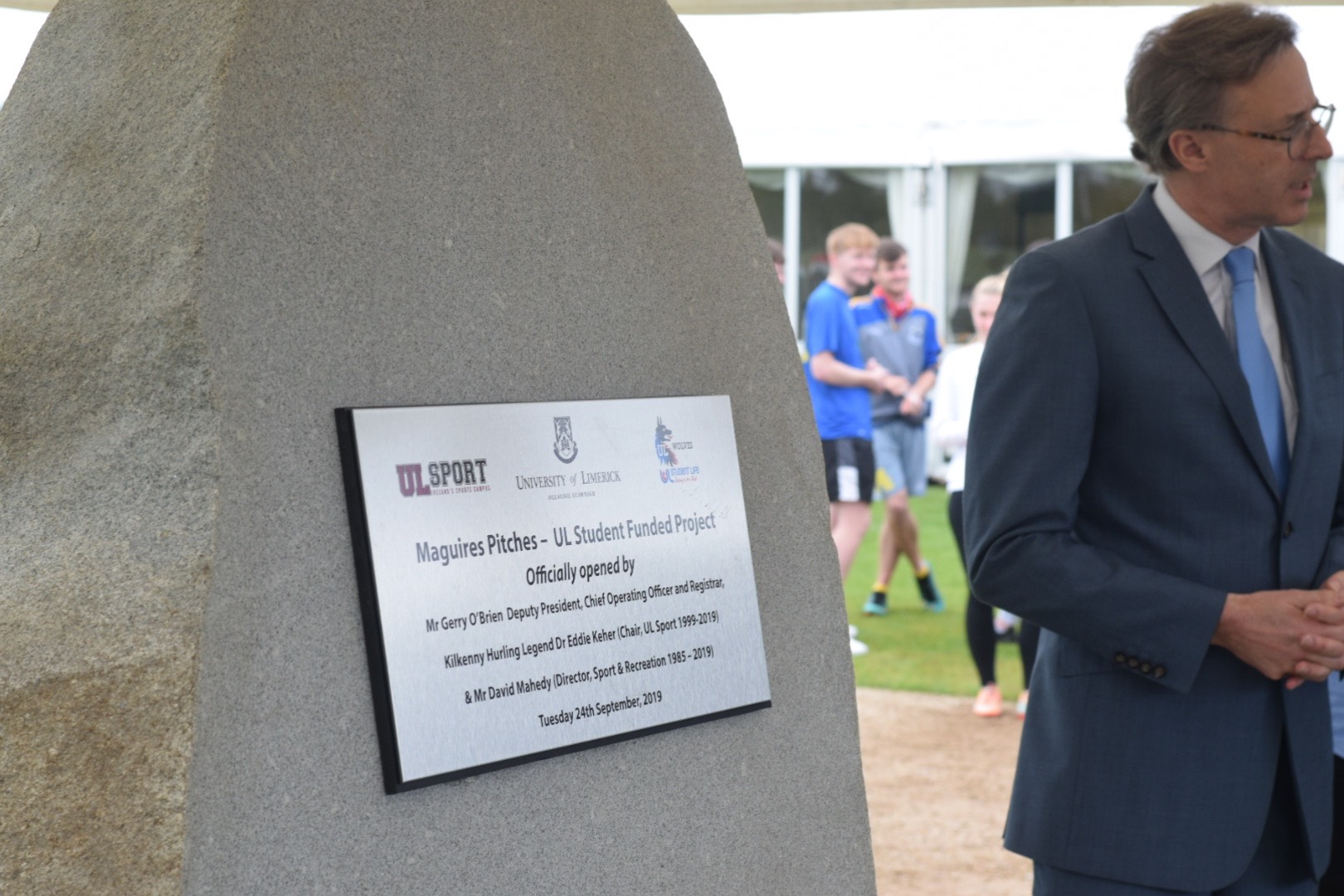 UNIVERSITY of Limerick Deputy President Gerry O’Brien believes the launch of Maguires Field, the university’s new €7 million state-of-the-art sports facility, “reaffirms our status as Ireland’s sporting campus and one of the best in Europe.”

O’Brien added, “we acknowledge the role of sport in shaping our students and the students are at the centre of this institution’s focus and their campus experience, both inside and outside of the lecture halls, is at the core of our commitment to them at UL.

Completing the development of Maguires Field are back-to-back hurling walls with synthetic grass and a ‘golden mile’ walking and running track with exercise stations, while the existing outdoor athletics track was also upgraded to international standard.

Speaking at the launch, UL’s Director of Sport and Recreation Dave Mahedy stated it was an “amazing” facility and to see it launched was the “pinnacle” of his UL career.

“It is something you plan for and it takes years and years. It makes it even more special because of the persistence.

“This is just fantastic, this finishes it off – we are an excellent university as far as sport is concerned, but this just tops it off.

“I am particularly enamoured with the grass pitch, because now for the first time in our history, we can play Fitzgibbon cup games, Ashbourne, Sigerson – at night, under lights, with a terrace, which was one thing that was missing for years,” he continued.

The move to develop the old grass pitches emerged in UL from within the student body in 2006, while the project officially started in 2016 when more than 70 per cent of the student body opted by referendum to support the plans via a levy that would redevelop Maguires Pitches, a new student centre and climbing wall.

The completion of this project, according to Mayor of the City and County of Limerick, Cllr Michael Sheahan, will prove beneficial to not just the university but for Limerick as a whole.

“This is another wonderful addition to the fantastic facilities here in the University of Limerick and also in the greater Limerick region,” Mayor Sheahan said.

“I have been watching this very closely, developed from practically a swamp when I started teaching in Monaleen in 1972, to seeing the beautiful situation we have here now. I come down here quite a lot and see what is happening. Every night of the week somebody is on the pitches. It’s a great addition to the community, to the college and to Limerick.”