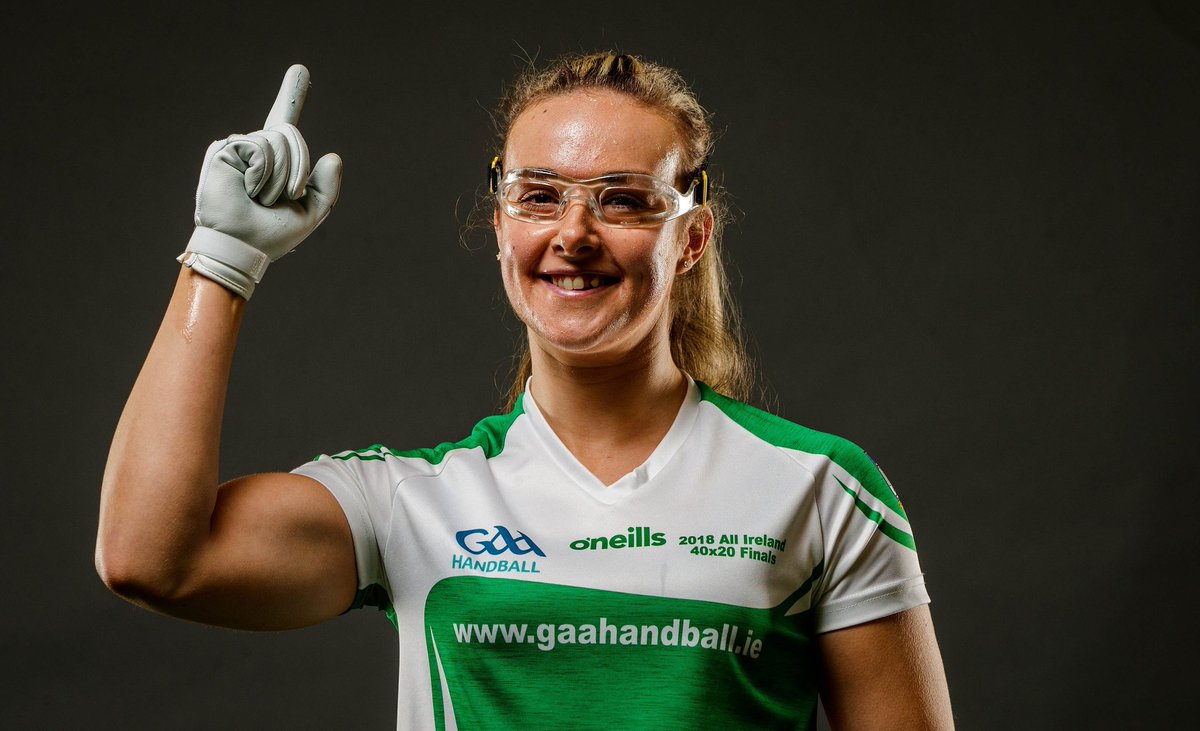 Limerick handballer Martina McMahon has set her sights on winning all before her in 2021 after a year in which the handball calendar was severely disrupted.

With handball not permitted to be played during the first lockdown, Martina made up for lost time when she returned to the court, winning a 60×30 All-Ireland final upon the resumption of play.

The World champion handballer defeated all challengers as she romped to the title on October 3rd but her joy was short-lived with strong rumours circulating the very next day that the country would be entering level 5 restrictions.

This subsequently occurred and once more handball was not allowed to be played. Despite this, Martina has benefitted from the break in play as she is currently rehabbing a foot injury.

“I have a stress fracture in my foot and I dislocated the joint. I have a fracture on the fifth metatarsal. I am hobbling on a boot for the next few weeks. It doesn’t stop me. I’m hobbling around but I can still do upper body exercise”

“I get the boot off Friday week. I will try and get a bit of physio and get back on the court as soon as possible. If I had the choice myself I would rip the boot off and start playing but I better do as I’m told and wait it out for another two weeks and then it will be foot to the floor after that.”

The pair are set to meet in the 40×20 All-Ireland final early next year with the pair originally set to play in March and then in December but lockdowns have forced GAA Handball to reschedule the clash for early 2021.

The reigning 60×30 champion is not motivated by her rivalry with Casey. She insists her focus is solely on winning.

“I think we love to push each other. On my side I love to have someone that close, keeping me on my toes and all the players coming up the line help us improve our game. You can’t take anyone for granted.”

“Do I let the rivalry stuff get in to my head? One hundred per cent not. I don’t see it as a rivalry. I just see two of us going flat out for a game that could last an hour and a half or two hours. Unfortunately, there can only have one winner. I focus on myself and I don’t focus on the rigmarole around the rivalry.”

McMahon believes handball is a sport more people should try as it can improve skills needed in other sports.

“It is a great sport. DJ Carey and Richie Hogan played handball. DJ still played an odd bit before Ducksy Walsh passed away. He always says handball stood to him. It’s great for your hand-eye co-ordination.”

The All-Ireland 40×20 champion in 2018 has represented Limerick in camogie and although she was able to return to the field of play this year with no handball being played, McMahon is glad she chose to compete at the highest level in handball.

“You can definitely be a dual star but there does come a point where you have to make a cut off. I made my decision in the second year of college because I had bigger sights in handball and I wanted to be a world champion and I had my sights set on that.”

“Was it a tough decision? It certainly was. I didn’t know which one to do, whether to hang up the gloves or hang up the boots. I have no regrets over my choice now.”

McMahon has her sights set on making up for lost time in 2021 as she aims to win more silverware.

“Next year should be a Worlds year. Lets hope everything goes to plan and there is a vaccine. We Might get to play the 2020 All-Ireland (4 Wall final). I will go for gold there. My hopes are to win all major titles next year.”

The full interview with Martina can be heard on The Week In Sport podcast, out this evening.