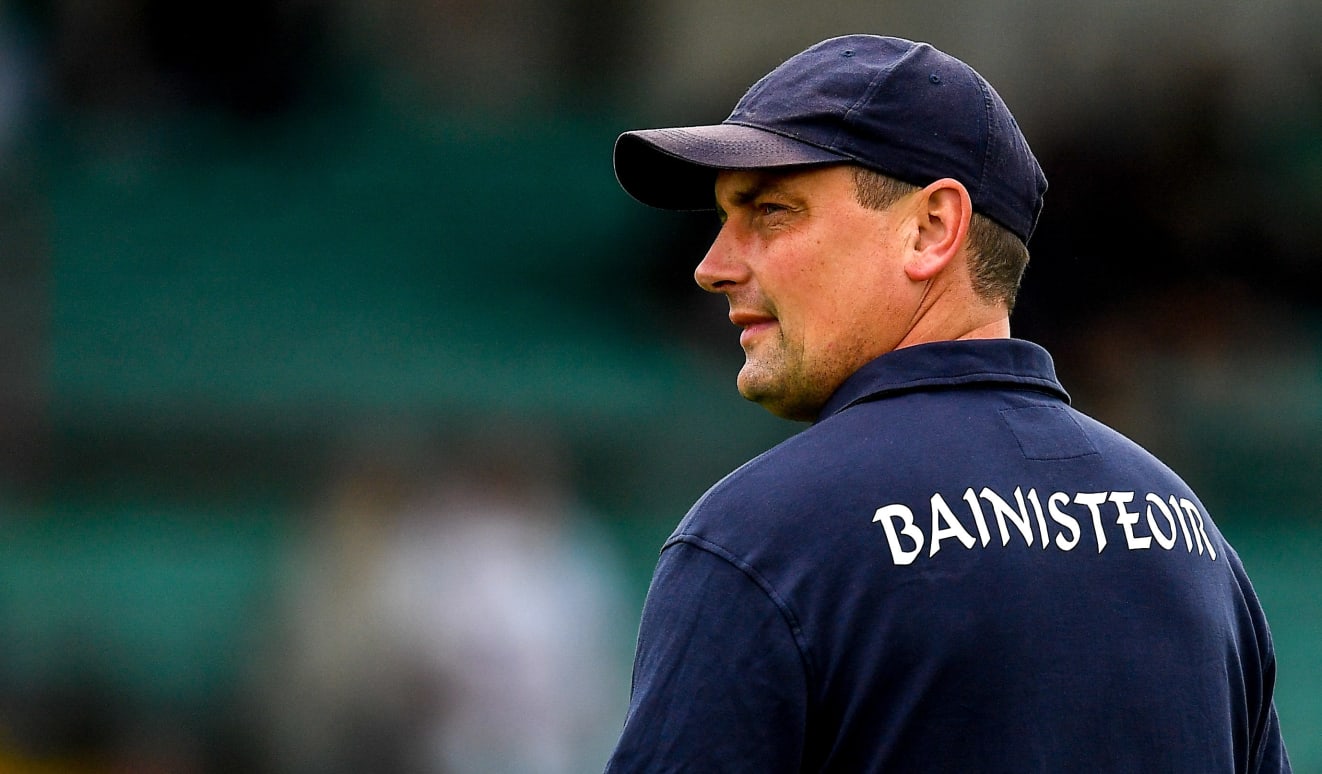 In an action packed weekend of hurling action, with eight teams try to book their place in provincial finals, the meeting of Tipperary and Limerick on Sunday in Páirc Uí Chaoimh (throw-in 4pm) in the Munster Senior Hurling Championship semi-final promises to be an intriguing affair.

Limerick minor hurling manager Diarmuid Mullins believes the eagerly awaited showdown will be decided by which side is able to dominate the middle third.

Despite Limerick’s full-back Mike Casey and corner-back Richie English both currently out injured, Mullins is confident that John Kiely’s men can cope without the duo on Sunday.

“I don’t think any county has plenty of cover in their full-back line. To have the double blow of Mike Casey being ruled out after (Richie) English’s injury earlier in the year is tough.

“It is a new position for Barry Nash. He has played some hurling at wing-back and he came on against Kilkenny in the All-Ireland semi-final last year.

“It is very difficult to switch positions like that for Barry Nash. Communication with Nicky (Quaid), that takes a season or even a couple of seasons to get that right. I think it will come down to the middle third and slowing the Tipperary ball coming in to their full forward line.

“I’d be happy enough with Dan (Morrissey) to start on Seamus Callanan. I think Limerick as Munster champions and All Ireland winners two years ago should be confident of being able to stop a good supply of ball to Callanan.”

Mullins, who is Principal at Crescent College Comprehensive, admits this Tipperary side possess plenty of attacking threat and strength in the air. He believes that Liam Sheedy’s men are vulnerable when teams run at them.

“There would be a belief that Limerick in terms of athleticism would be more advanced. Some guys in Tipp have mileage on the clock. They struggled defensively in the Munster final last year.

“Wexford brought huge energy last year in the All-Ireland semi-final and it looked like some Tipp defenders struggled with the pace a bit. Kilkenny were possibly better team before the sending off in last year’s final.

“When Tipperary have space and time, their use of the ball is so good. The trick and it’s easier said than done is bring to intensity so that they can’t play their measured approach.”

Mullins, who is in his second year in charge of the Limerick minor hurling team, hopes the minor and U20 Championships will commence in early January so to give teams time to train.

“I feel the GAA will try play minor and U20 Championships when permitted. There needs to be adequate time to prepare properly.”

“From September onwards there has been a certain level of preparation. It would be a shame if these games doesn’t go ahead. We are hoping certain portion of panel will move on to 20s.

“Ideally the GAA would bring more clarity. We could have games perhaps from mid-January to the end of February with public health advice taken into account. There could be three weeks lead in. If we move from level 5 back, games might be played before Christmas but I don’t believe that will do a proper service to the players and panels.”

To hear Diarmuid Mullins’ thoughts on Limerick’s victory against Clare last weekend, the GAA’s decision to pause minor inter-county hurling and his prediction for the game on Sunday, listen to The Week In Sport Podcast which will be out this evening at 6pm on all our social media platforms.