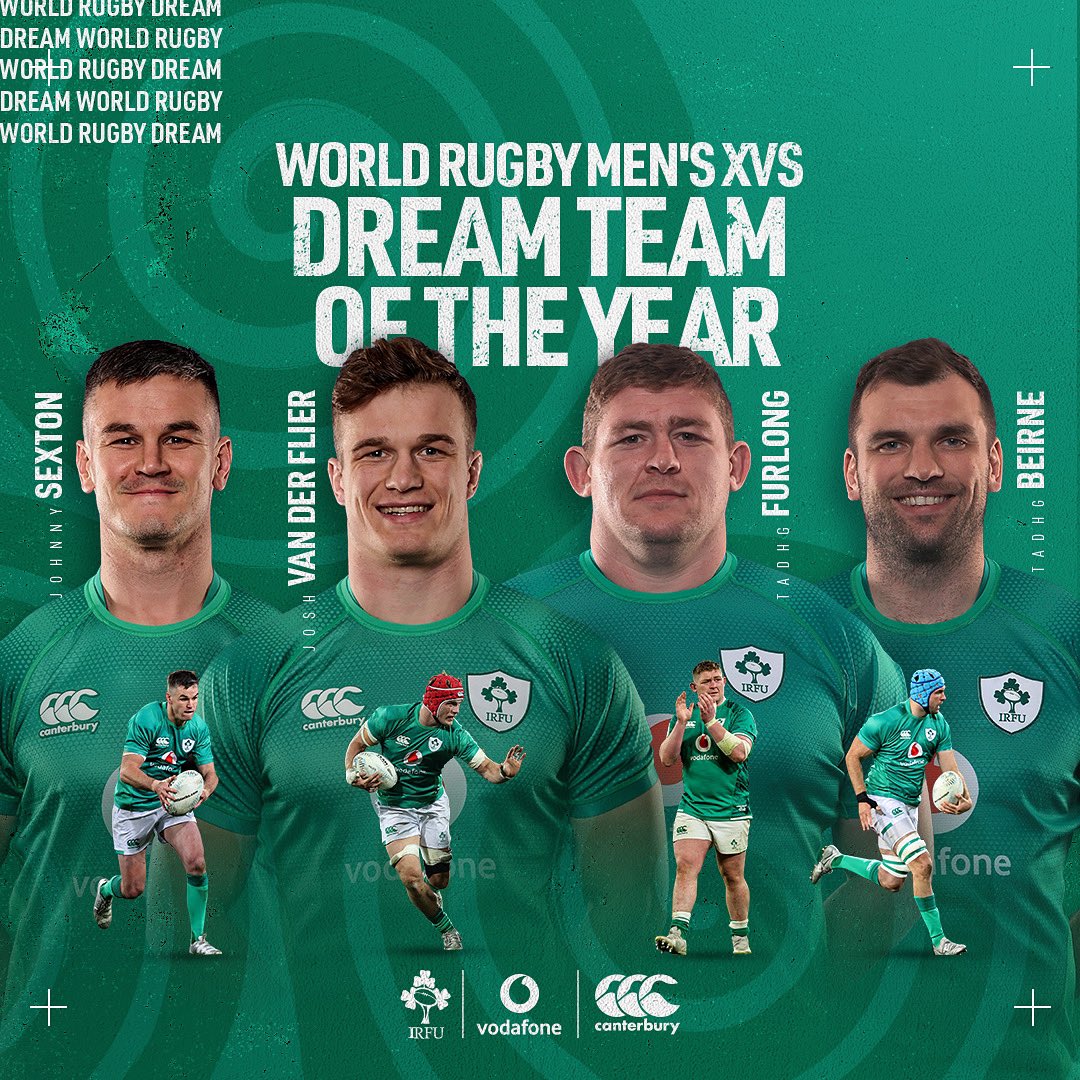 Tadhg Beirne has been named in the World Rugby Men’s 15s Dream Team at the 2022 World Rugby awards in Monaco.

The Munster utility forward was named at lock in a pairing with New Zealand’s Sam Whitelock after a stellar year in green and red.

Beirne won the Triple Crown with Ireland this year and was consistently brilliant across a calendar that saw Andy Farrell’s side win a series in New Zealand and down World Champions South Africa.

The Stags star appeared in every game in 2022 for Ireland at either lock forward or flanker and was a menace for the side in various departments – from carrying to lineouts to the breakdown.

Beirne, was not the only Irishman to be honoured on the night as Leinster’s Josh Van Der Flier picked up the World Player of the Year Award.

The Leinster back-row joins the list of world class players to have won the prestigious award, including teammate Johnny Sexton and Limerick native Keith Wood.

Van Der Flier was a key force throughout what has been an exceptionally successful year for Irish rugby, not to mention the herculean performances he displayed in the blue of Leinster.

The Wicklow flanker’s latest award only adds to his already impressive CV, boasting a host of other POTY awards.

However, two years previous in 2020, Van Der Flier was finding it difficult to make the Ireland team at all.

Competing with an in-form Will Connors and Dan Leavy, he focused on the development of his own game.

Two years later the results are clear, with the number on his back being merely an accessory, Van Der Flier is the perfect combination of strength, stamina, agility and speed. Not to mention his impressive understanding of the game itself.