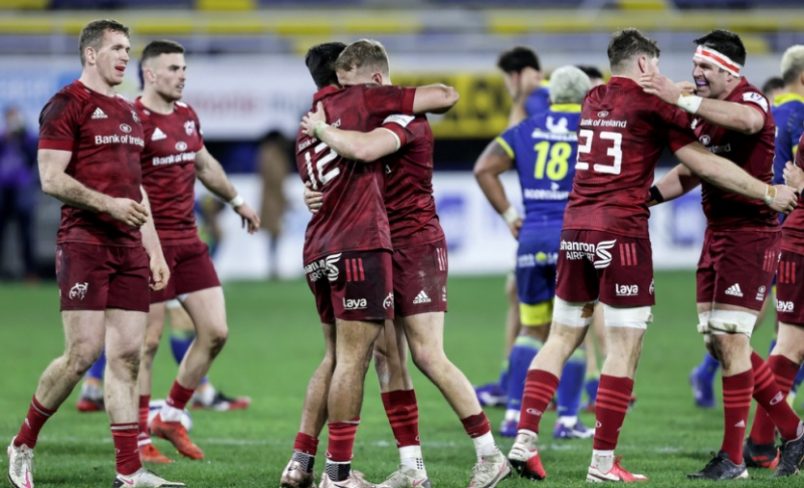 Munster will play Toulouse in the Round of 16 in the Heineken Champions Cup.

With Munster already guaranteed a home tie after winning both their group games, they now know they will welcome four time champions Toulouse to Thomond Park.

If Munster overcome their French opponents they face an away trip to the winners of Wasps and Clermont Auvergne.

This means Johann Van Graan’s men could face Clermont away from home once more after Munster produced a thrilling comeback to beat the French side 39-31 in December.

The game will be played on the weekend of April 2-4 with Munster’s Six Nations contingent returning to the province after Ireland’s campaign ends on March 20.

With clubs from the same league not permitted to be drawn against each other, Munster could not come up against Leinster in the Round of 16, who they face in the Pro14 Final.

They could have drawn their fellow Pro14 side in the quarter finals but the Irish sides were kept apart.