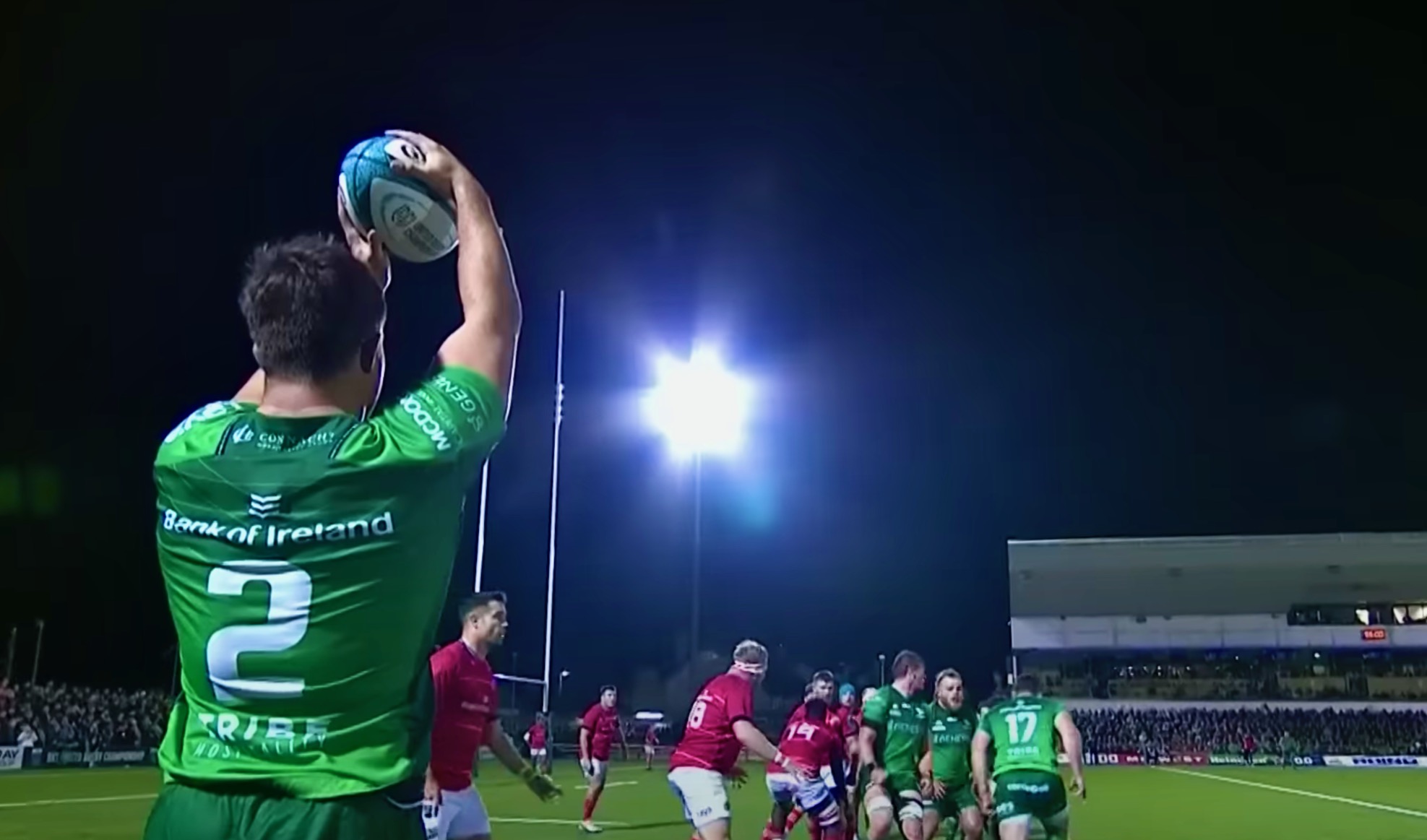 Connacht saw off Munster 20-11 on Friday night to claim their first points of the new United Rugby Championship season.

After the first few missed the mark, the cogs finally began to turn for the greens. Connacht’s start to their URC season was summed up by their fly-half’s kicking accuracy.

After losses to Ulster, Stormers and Bulls left Connacht with a problematic defence and at the bottom of the championship, they welcomed their first home game of the season against their provincial rival Munster at their new-and-improved home ground The Sportsground, which was fitted with an artificial pitch over the summer. This addition promises a livelier attacking game, but produced far from it this weekend.

An intellectually artificial display from both sides saw the game dictated less by the quality of plays or enacting of a game plan, but through which side made less unforced errors.

Connacht were deserved victors, if for nothing else than their quality within the scrum. Player of the Match Finlay Bealham was fully deserving of the award, offering the edge Connacht used to slog their way to victory.

The Westerners’ ability to win penalties and force errors from Munster at the scrum put them out of Munster’s sight after 63 minutes. Connacht made it 13-11 after a failed claim from Munster fullback Joey Carbery’s Garryowen kick – which wasn’t out of the ordinary in the stop-starting game – this was just the error to finally be punished for either of the two sides.

In his 40th game for Munster, makeshift fullback Carbery’s performance does not indicate an advancing career for the side, even with prior experience as a makeshift fullback for Leinster. His Friday night efforts failed to clear any question regarding his potential at club and international level. Errors in possession paired with a decent defensive display against Mack Hansen neither pose him as a suitable fullback reinforcement nor clear him at flyhalf with Matt Healy and Jack Crowley – as the latter is set to return from international duty with Emerging Ireland.

It was a poor show from fly-halfs all around, with Healy failing to find touch with his penalty kicks and overcompensating the wind to miss conversions. Jack Carty, apart from a kick into a pocket for a lineout in Munster’s 22, offered no sting or opportunity for Connacht to take advantage from.

The bright sparks on both sides came from an ability to cause the other team errors at the breakdown. In this respect, Tadhg Beirne and Finlay Bealham proved to be their side’s greatest assets on the night.

As the final whistle blew, Connacht took the relief of putting points on the board in their fourth URC attempt, with a result to build on rather than boast about.

Munster, with only a win against Zebre (minus a bonus point), now welcome last year’s runner-up, The Bulls, who have won every game so far this championship. Then they must face provincial rival Leinster, who are also yet to be on the losing end of a match up.