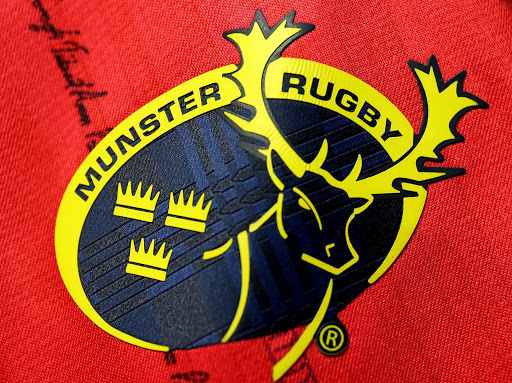 Munster overcame a slow start to make it two wins from two after a dominant second half saw them over the line.

DHL Sharks gave Munster a huge shock in the first half but couldn’t keep up their running game in the second half.

Three tries in 11 crazy minutes proved crucial as Munster delighted the fans in Thomond Park with an impressive second half. Substitute RG Snyman got the biggest cheer of the night getting Munster’s 5th try after 13 months out injured.

The Sharks dominated for large portions of the first half in Thomond Park. They stunned the crowd into silence with their brilliant running game, at times it was brilliant to watch.

The first try of the night went to Warrick Gelant after brilliant play from fly half Manie Libbock. It was clear the Sharks were not here to make up the numbers.

Leolin Zas went over for the Sharks second try and it looked very gloomy for the home side as the away side threatened to run riot.

Libbock was pulling the strings for the Sharks and went over the try line but luckily for Munster he lost control before touching it down.

Gelant converted a penalty to go 15-0 up and that was as good as it got for the away side.

Munster won a penalty inside the oppositions 22 and instead going for the easy points Carbery went for the corner and it proved the right choice with Jack O’Donoghue going over from the maul which dragged Munster back into the game after a poor first half.

Munster were a transformed team in the second half, they played much better and smelt blood as the visitors went down to 14 when Salmann Moerat was sin binned for a deliberate knock on.

The line out was working a treat for Munster with Jean Kleyn going over from another successful line out to reduce the gap to one at 15-14.

At this stage the Stormers felt the pressure and lost all their discipline giving away a lot of penalties. Niall Scannell completed the turnaround and got Munster’s third try of the night and now Munster were oozing with confidence.

After great work from the breakdown by Gavin Coombes led to another penalty – with again Carbery going for the corner as Munster were now in total control of the line out.

From the set piece Jack O’Donoghue crashed over for his second try and got the all-important bonus point.

The Sharks now looked beaten but replied with a penalty from Tim Swiel to keep them in touch.

The moment of the night came from another line out after a brilliant kick by sub-Ben Healy. Munster won the line out and went for the maul and RG Sneyman broke loose and crashed over the line signaling his return after a 13 month lay out after injury.

Healy kicked a late penalty to give Munster a deserved win after a brilliant second half performance.