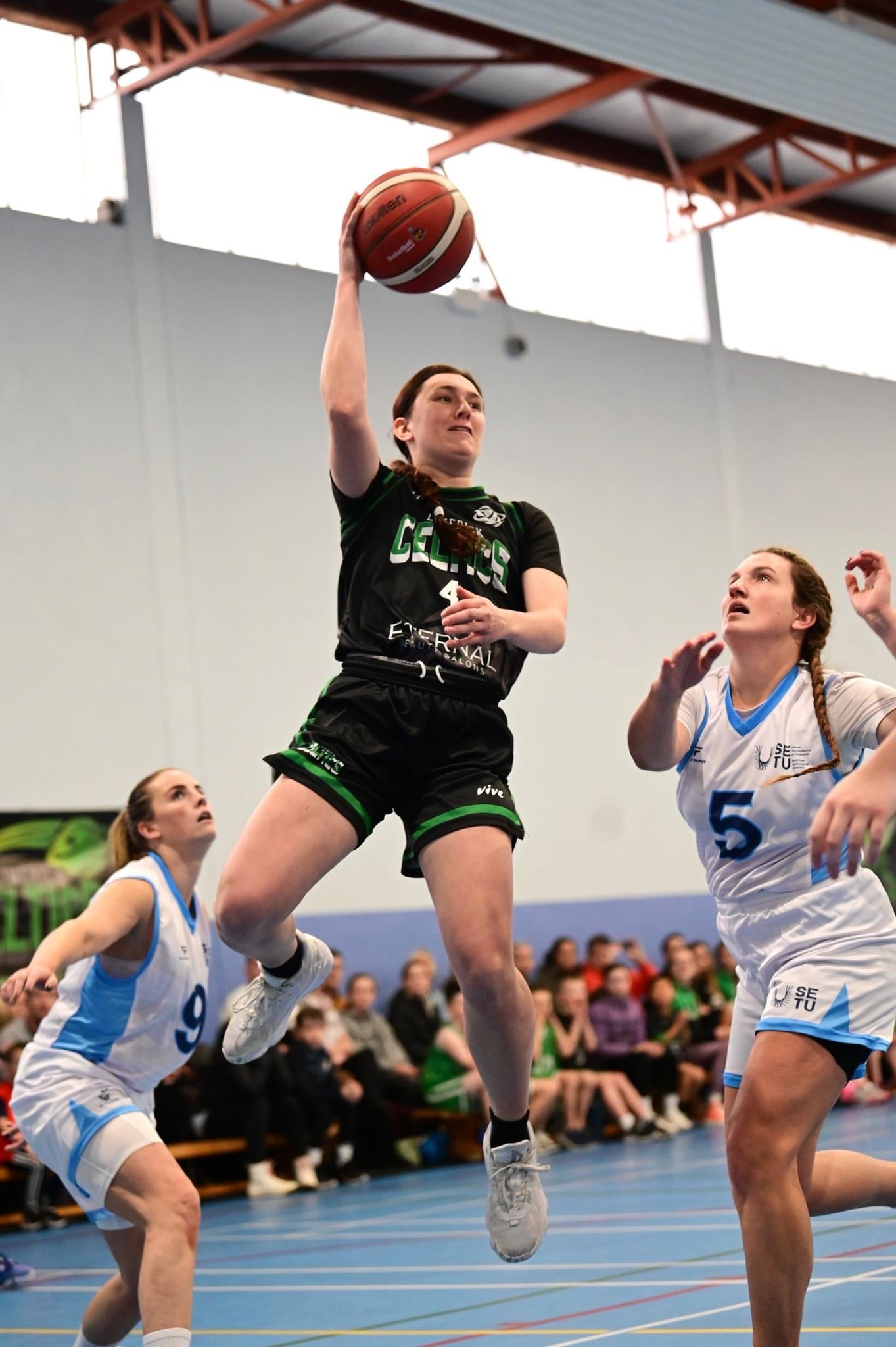 Limerick Sport Eagles took the bragging rights for the first men’s derby match of the season against Limerick Celtics.

Both side got off to a bright start exchanging scores on both ends of the court, but it was easy to see that this game was going to be won with shots inside the key.

Celtics’ David McCarthy put on an incredible display of shooting keeping his side ahead in the game in the opening half.

McCarthy’s team struggled with fouls which eventually sent the Eagles to the line to shoot free throws. This kept them within touching distance of the home side before the end of the 1st half.

Once again, Manny Payton was the Sport Eagles top scorer shooting five 3’s and going 100% from the free throw line.

The Celtics seemed to struggle after the break and this is where Eagles started to push out their lead getting easy 2’s in transition and also getting the fouls on most of them.

Angus then fouled out leaving the home team with a height disadvantage going into the final quarter.

To their credit the home side never gave up scoring 3’s into the final minutes of the game. The frantic derby game ended 99-82 to Limerick Sport Eagles.

Limerick Celtics Ladies hosted Moy Tolka Rovers who sit only one position behind Celtics in the league standings.

It was a tough day at the office for both of the Celtics sides on Saturday with the ladies also coming away with a loss.

The home side lead from the beginning of the game, but with most of their squad at Under 18 Ladies cup in Dublin that morning it was an uphill battle to keep that advantage.

Megan Pingel was Celtics top scorer on the night with 15 points closely followed by Andriana Acosta and Sadhbh Edwards Murphy with 13 each.

Limerick Celtics Ladies now face an even harder contest against Portlaoise Panthers away on Sunday 20th. Panthers are unbeaten in the league campaign so far.

Limerick Sport Huskies continued their difficult start to the season with yet another loss on the road to St.Pauls Killarney.

The home side created a 10-point lead at the start of the game which huskies struggled to counter against.

The frustration from the Huskies side is evident as they have an incredible squad with plenty international talent, but they don’t seem to be clicking at all.

They face another away game next Saturday when they face Marble City Hawks, who they have already beaten in the Cup quarter-final.