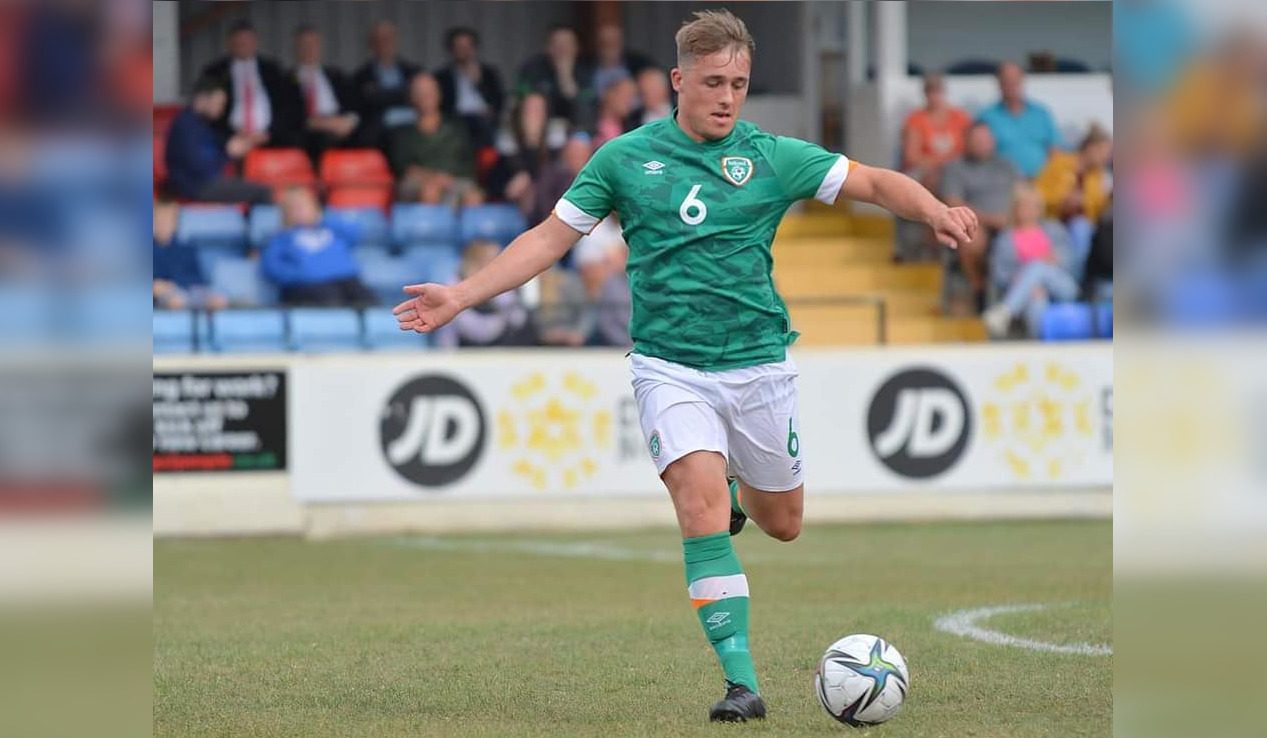 There was a strong Limerick contingent involved as the Republic of Ireland amateur soccer team impressed in the UEFA regions’ cup qualifiers in Bulgaria, booking their tickets for next summer’s contest.

The Irish outfit did not concede a single goal in last week’s qualifying campaign against the amateur sides of San Marino, Romania and hosts Bulgaria.

The first victory of the qualifiers came against San Marino with Ireland edging out a combative contest that saw the opponents reduced to nine men. Both Limerick players started the game. With 20 minutes left on the clock, Luke Casey’s headed effort found the back of the net before Eoin Murphy sealed the 2-0 win.

Speaking to FAI Online after the game, holding midfielder AJ O’Connor compared the physicality to the game in Limerick.

“I’ve been so impressed with the quality of our own players but also the effort the team and staff have put into this campaign. I thought the game was not as physical as you would experience playing in Limerick, but keeping our shape and discipline against Romania will be a crucial element in helping us secure the points on offer.”

Ireland did just that against Romania, winning 4-0 to all but guarantee qualification. As a result of that, the Limerick contingent found themselves rested on the bench for the challenge of Bulgaria.

Stephen Chambers scored the only goal of the game with his free-kick finding the bottom corner in the 70th minute.

Manager Gerry Davis praised the collective effort throughout the campaign, looking forward to the finals next summer.

“We’ve very high standards and we have applied ourselves in a thoroughly professional manner and earned the right to sit at the top table of European Amateur football and we look forward to the challenges next summer will bring.”

Following their impressive performances during this phase, the amateurs will now take part in next summer’s biennial UEFA Regions’ Cup. The European venue is yet to be decided and is played in place of last year’s iteration, which was cancelled due to the COVID-19 pandemic.

All 55 UEFA-affiliated associations can take part. Some hold tournaments to choose their representative team, while smaller nations are permitted to send a national side. The tournament was held for the first time in 1999 with Ireland winning it as hosts in 2015.

An aspect of the tournament that differs from the norm is the hosting of games. Each group has all of its matches in a particular region. Eight teams make it through to the finals, with one being chosen as host. Interestingly, five of the 11 hosts have gone on to win the tournament.