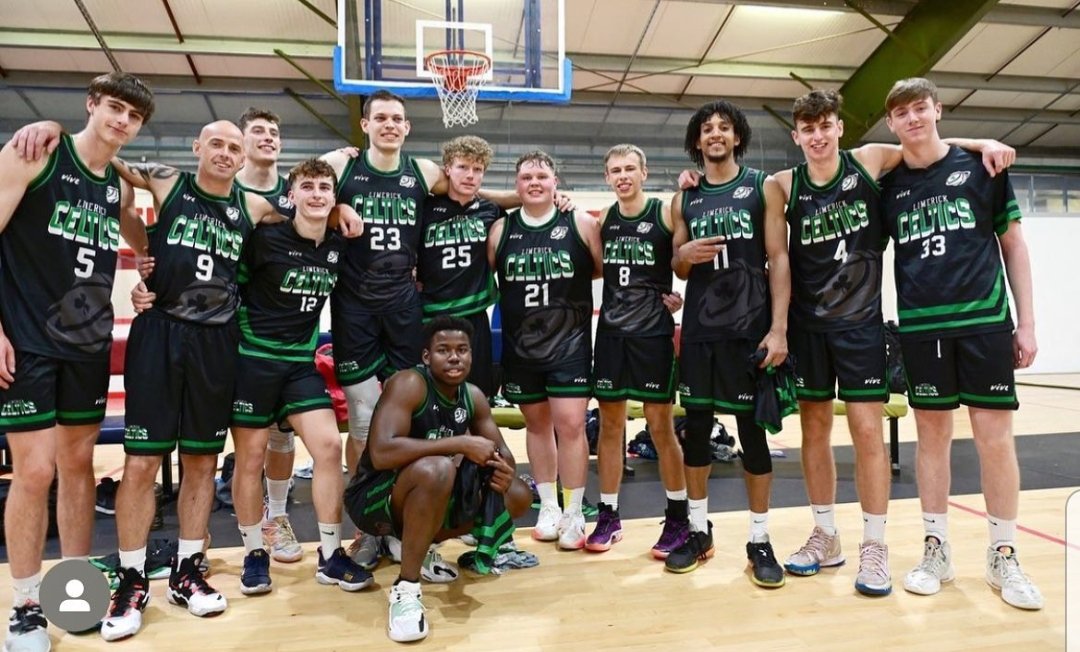 Limerick Celtics men’s squad have gotten off to an incredible start this season in the InsureMyVan.ie Division 1.

The team have gone 3-1 in their opening games with their sole loss coming away to Scotts Lakers Killarney.

This run of form is no accident with the Celtics bringing in American Josh Reynolds and Scots Miles Felletti and Scott Angus this year while also relying heavily on homegrown talent.

Six-foot-nine centre Scott Angus has made a huge impression in the competition and also in the club where he coaches under 10 and 11 boys.

Speaking to Angus, it is evidentially clear that he has settled well in Limerick: “ I coach the under 11’s with Miles and it’s amazing to see the interest they have in the sport.

“Seeing them on the side-lines in their Limerick Celtic tops for our national league games is fantastic”.

Angus began his basketball career at 14 when he first went into secondary school and quickly grew into the sport, playing national league at an underage level.

He adapted so well to the sport that he soon earned a national call-up for the under-18 Scottish team.

The two-metre-tall talent then went on to study at Aberdeen University and play for their basketball team, while also being President of the club for a period.

He developed further in the college basketball climate, averaging 28.4 points, 15 rebounds, 2 blocks and 2 assists per game in his final season.

Angus’ strong output this season convinced him that he had what it took to go professional, so he made sure to shoot his shot publicly.

“I posted my highlight reel to Instagram and straight away an agency in Ireland reached out to me – Limerick Celtics were the first Irish club to respond with an offer, which I then accepted”.

Since joining the club in late August, the Scotsman has hit the ground running averaging 15 points per game and proving a huge presence in and around the basket.

On top of this, the club’s big man has added height to a squad that was lacking the inches and he hopes the team will reach as high as he does.

“[We want] to finish as high up the league table as possible to get a good playoff spot and hopefully make it through to a cup final”.

Make sure to keep up to date with the Limerick Celtics through their social media accounts and also on Basketball Ireland.