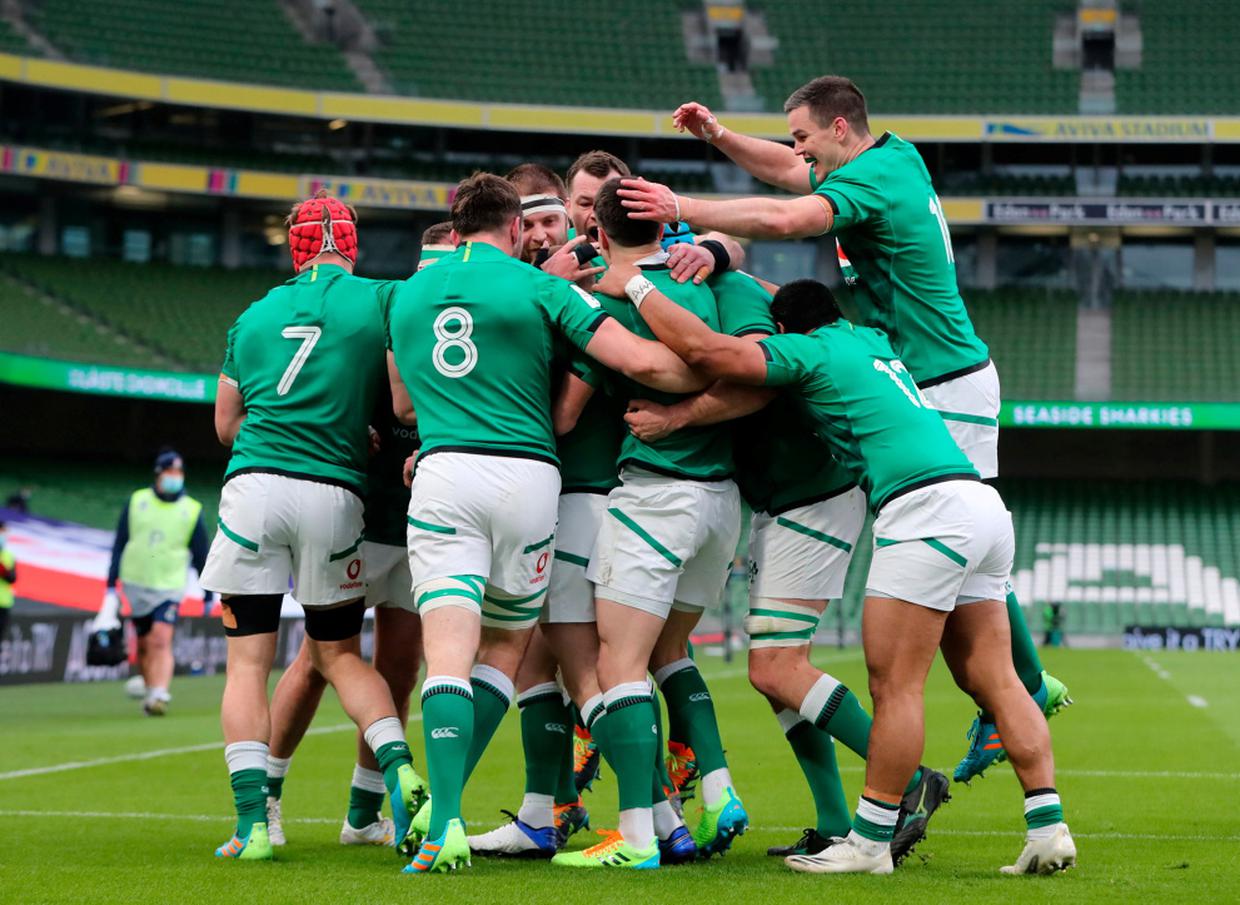 In a week filled with tributes to CJ Stander after the Munster man’s decision to retire, Ireland gave him the perfect send off with an impressive victory over England.

The 32-18 victory did not flatter Ireland as Stander and co. produced their most impressive performance of the Andy Farrell era.

After two morale sapping defeats at the start of the campaign, Ireland won their final three games to give Farrell something to build on for the months ahead.

A 14 point victory did not look likely early in the game with England dominating the opening exchanges.

After a scrappy start punctuated with box kicks and handling errors a Maro Itoje breakdown steal helped England earn a lineout in the Irish ’22.

An Irish infringement at the resulting set piece allowed Owen Farrell a shot at goal with the outhalf moving his side in front.

England continued to dominate the breakdown and aerial battle with a George Ford kicking in behind Jacob Stockdale.

The winger opted against the kick but he was tackled hard and isolated at the breakdown. Last year’s Six Nations champions earned a five-metre lineout as they sought to break down the Irish defence.

Off a clever pre planned move, Maro Itoje was stopped from jotting down and from the scrum, Ireland earned a free kick and Sexton was able to relieve the danger.

Robbie Henshaw produced a turnover off an England attack as he wrapped Owen Farrell up and started a maul before the centre chased a Sexton up and under with his crunching tackle on English full back Elliott Daly earning his side a penalty.

Sexton converted the straight-forward kick to level the game.

England continued to dominate possession and territory but once more it was Henshaw who earned a turnover.

From the resulting lineout Jack Conan knocked the ball down to Keith Earls with the Limerick man haring in to the open space and sidestepping Johnny May to score his first try in this year’s Six Nations as Sexton added the extras.

Eddie Jones’ side reduced their arrears after winning a penalty with Owen Farrell kicking the penalty and in the process scored his 500th points in the Six Nations, joining Johnny Wilkinson and Ronan O’Gara in achieving the milestone.

Ireland continued to withstand England’s attacks and they struck a decisive blow five minutes before the break.

After some powerful carries, Jack Conan barrelled over to help the home side place daylight between the sides.

England started the second half intent on reducing their arrears and they earned a lineout in the Irish ’22 when Elliott Daly’s excellent chase from a Farrell kick saw Earls isolated at the breakdown.

However, England infringed at the set piece and they coughed up another penalty moments later in midfield. Ireland failed to secure their own lineout as the opportunity went abegging.

Andy Farrell’s side thought they had moved further clear when Keith Earls showed terrific athleticism to gather a Sexton kick after Iain Henderson broke through the English rearguard.

However, Cian Healy knocked the ball on with Sexton notching a penalty with Ireland playing with an advantage during the previous phase of play.

With Owen Farrell forced off with a Head Injury Assessment (HIA), Ireland turned the screw on the English scrum with the Irish tight five earning a penalty.

Sexton kicked the penalty but from the resulting phase of play Bundee Aki was shown a red card after a high tackle on Billy Vunipola.

Ireland refused to panic despite the numerical disadvantage as they earned a penalty at the breakdown with the move starting from an excellent Sexton offload.

The home side continued to impress with an Irish maul leading England to concede their 14th penalty in front of the posts as Sexton continued his perfect record from the tee.

A late Johnny May try was nothing more than a consolation as Ireland have Stander the perfect farewell.