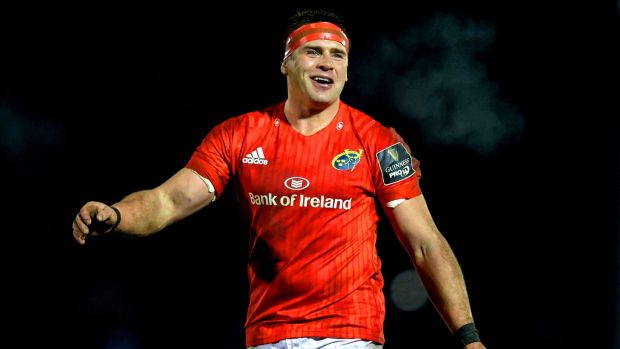 Munster and Irish rugby player CJ Stander will be a guest on this Friday’s Late Late Show.

Stander will join host Ryan Tubridy as they discuss his playing career and his shock retirement from the sport.

The 31 year old will discuss arriving in Ireland in 2012 in what was considered to be his last chance of forging a successful rugby career.

The back rower managed to do just that as he became an integral part of some of Ireland’s finest ever rugby moments.

Stander has 51 Irish caps, including two wins against the All Blacks, a Grand Slam, a British and Irish Lions tour, as well as his consistent performances for Munster.

Also on the show, with the golfing world’s attention on the US Masters this weekend, Padraig Harrington will cast his expert eye over the competition, and talk about how preparations are going for Team Europe ahead of The Ryder Cup later this year.