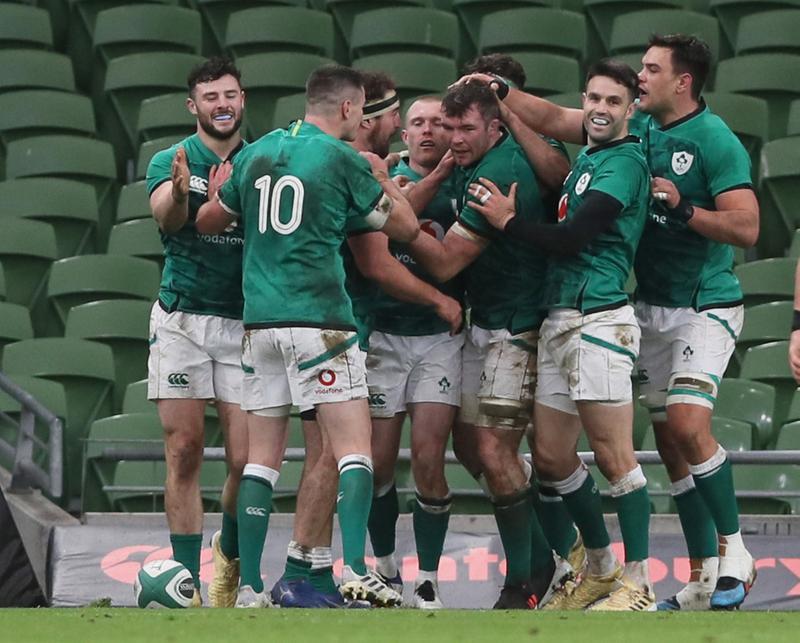 Tries either side of half time gave Ireland the platform to come out on top against Scotland as Andy Farrell’s men secured third place in the Autumn Nations Cup.

After a patchy opening half display Ireland’s power game proved too much for Scotland to handle in a performance that summed up Ireland’ 2020: inconsistent.

Farrell can take positives from the way Ireland responded from trailing 9-3 to take control of the game thereafter.

Scotland got the opening score of the game against the run of play with a penalty from fly half Jaco Van Der Walt.

The away side extended their lead with another penalty after Ireland were penalised at the scrum. Johnny Sexton narrowed the gap for the home side with a long-range penalty.

Van Der Walt extended Scotland’s advantage from a penalty before Duncan Taylor was sin-binned for a deliberate knock in with Ireland inching closer to the Scottish try line.

Sexton added the penalty which was a reward for some great Irish play. Ireland managed to make the extra man count with a try from Keith Earls after some quick thinking from Robbie Henshaw. Earls’ try moved hi msecond on the list of all time leading try scorers for the men in green as he surpassed Tommy Bowe’s tally of 31. Sexton missed the conversion as Ireland led by two points at half time.

Ireland flew out of the blocks after the break with Cian Healy crossing the whitewash after Caelan Doris was held up just short. Sexton added the extras for the home side.

The away side replied with a try from winger, Duhan van der Merwe after a period of pressure, Van Der Walt slotted the extras.

Ross Byrne came off the bench to replace Sexton, with his first kick of the game he added another three points with a penalty.

Byrne added a second penalty after Scotland’s defence was penalised after 20 phases of play to ensure there would be no comeback by Gregor Townsend’s side as Ireland secured third place in the Autumn Nations Cup.