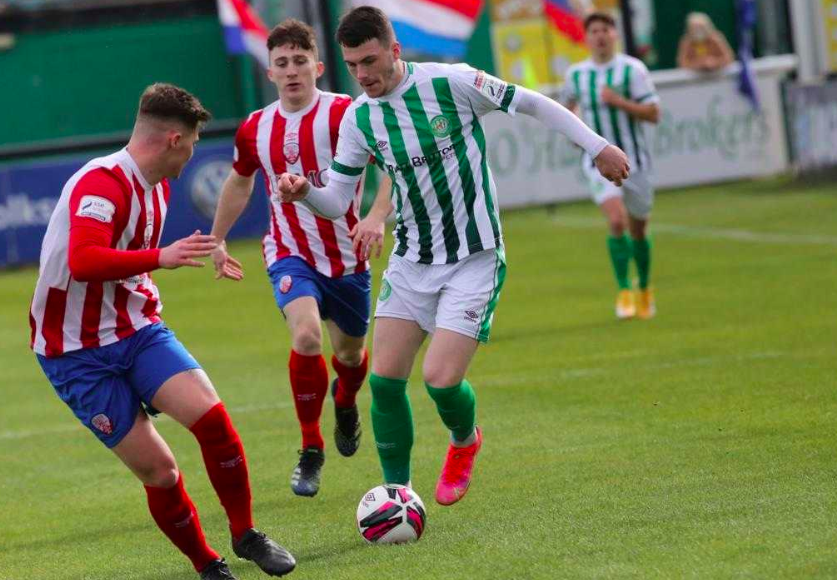 The ten men of Treaty United dug in and earned a valuable 0-0 draw away to Bray Wanderers in their opening game of the new First Division season.

When Treaty midfielder Sean McSweeney received his second yellow card in the 66th minute for a late challenge, Treaty were forced to withstand a Bray onslaught to earn a share of the spoils.

The Limerick side knew they faced a difficult assignment, travelling to the Carlisle Grounds to play a Bray side who finished second in the table last season.

The home side carved out the opening opportunity with a Richie O’Farrell effort saved by Treaty goalkeeper Tadhg Ryan.

Treaty grew in to the game with midfielder Matt Keane firing over after 15 minutes.

The opening 45 minutes was a half of few openings with neither side able to find the necessary quality in the final third.

Treaty enjoyed the first chance of the second half as McSweeney fired over Bray goalkeeper Brian Maher’s crossbar.

The midfielder’s sending off forced Treaty to soak up plenty of pressure in the final quarter of the game.

In the 77th minute the Leinster based side carved out an opportunity when Mark Byrne cross from the right wing found the head of Dylan Barnett with Ryan called in to action.

The men in green and white continued to press the action with a Brandon Kavanagh free kick that flashed wide of the target.

However, Tommy Barrett’s men clung on and earned a valuable point as they face Wexford Youths in their first game at Market’s Field next Friday.