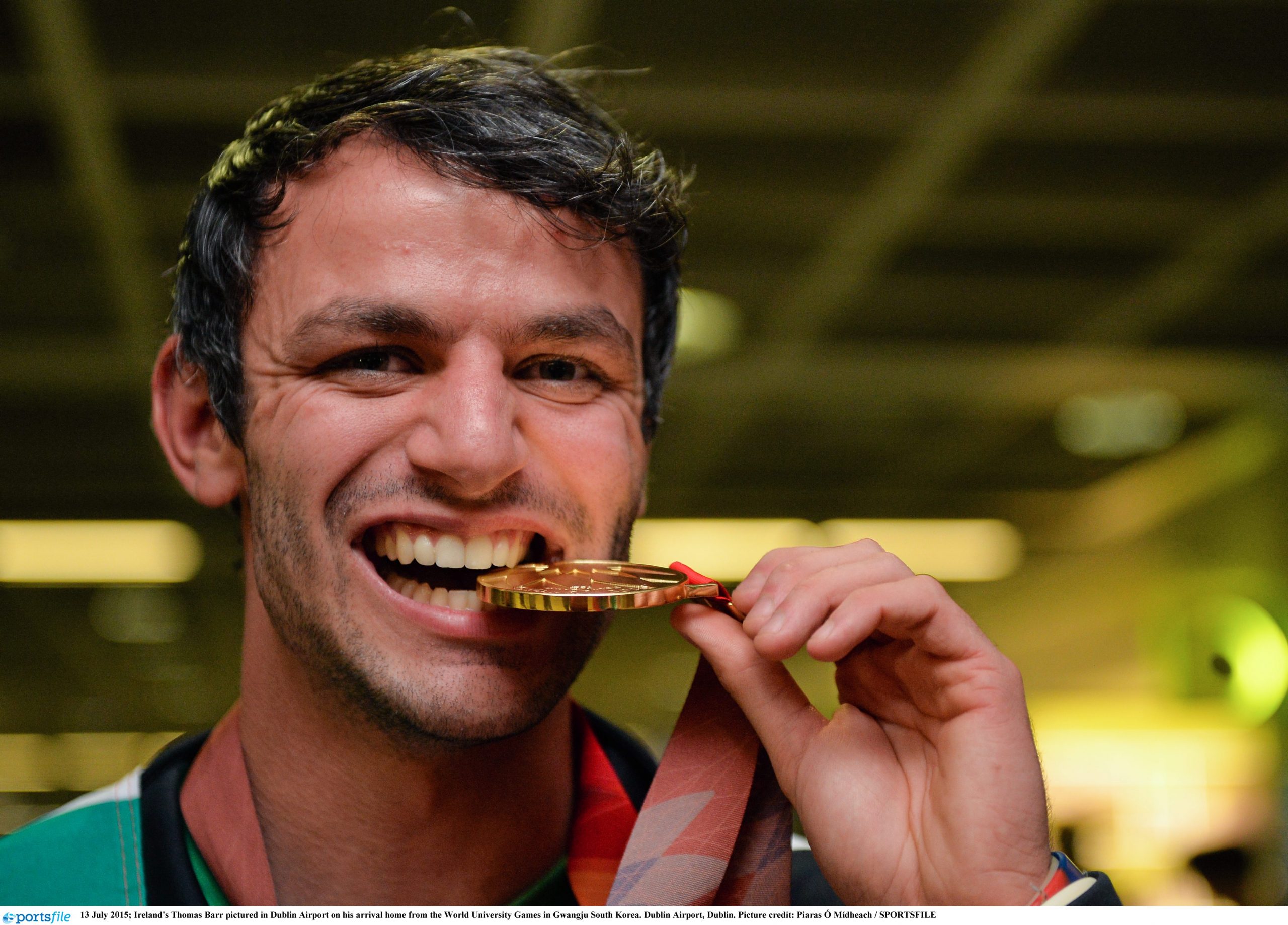 Before Thomas Barr had Irish eyes fixed upon him as he came agonisingly close to an Olympic medal in 2016, the 400m hurdler wanted to escape.

Escape the pressures that come with competing as a high-performance athlete, training six days a week and trying to follow in the footsteps of his sister Jessie, who represented Ireland at the London 2012 Olympic Games while also balancing a degree in mechanical engineering at the University of Limerick.

He found the courage to tell his parents that he was falling out of love with the sport that he had dedicated his life to.

“I told my parents I wanted to give up, but my dad in particular must have known I had some sort of talent or flair there for athletics, but I hadn’t realised it yet and he was completely right. I had this talent I didn’t know I had.”

“It was almost out of respect for my parents that I kept going as they had driven me around everywhere. They have put in so much work for me to get the level I’m at now, driving me for training and competitions and funding me for trips. Out of respect for them I said I’d keep going.”

“Other than that, I’d already made up my mind – only for their bit of a nudge in the right direction I don’t know if I’d still be in the sport today.”

The Waterford man obtained a sports scholarship to study at UL and he believes this helped ignite his athletics career.

“It was a massive help getting the sports scholarship. I lived on campus, not far from the track. My coaches Hayley and Drew have brought me on to the level that I’m at now. I’m finished college for a number of years, but I am still living in Limerick. It has become my second home.”

The Olympian credits his coaches Hayley and Drew Harrison for helping him become the athlete he is today.

“My career has been built around Hayley and Drew’s group and the University of Limerick as they are based out of the college so its been a massive help to have access to facilities.”

“Hayley and Drew’s programme is tough. You really have to be mentally and physically quite robust. That is what brings on athletes to the levels that we are reaching. They are extremely good coaches, and my career is built on their expertise, so I owe them a huge amount.”

In the Rio Games, Barr missed out on an Olympic medal by .05 of a second with a photo finish needed to separate himself and bronze medallist Yasmani Capello.

His sister Jessie watched the final in the RTE studio, her voice quivering as she reacted to the result. She knew the sacrifices and the hurdles her brother needed to overcome to reach Rio.

“RTE got her in the studio to commentate. She got even more emotional than I did. Jessie had been in the sport herself for years. She knows the highs and lows of the sport and she knew what kind of year I had going in to it. Her reaction summed it up.”

The UL graduate admits that watching Jessie’s accomplishments in the sport helped him forge a successful athletics career.

“She was the talent in the family for a long time. I just followed in her footsteps. I didn’t think much of it but looking back she really did pave the way for me to go on and do what I have.”

“It seemed that much more accessible for me because Jessie had performed at a high level so I looked at her and said there was no reason why I can’t do it too. She had been to all the major tournaments and it made it very easy for me to follow in her footsteps. She was a massive role model for me in how to carry myself, how to act and react to different things that happened on the track.”

Another role model for Barr is former Munster and Irish rugby player Paul O’Connell. The Waterford man remembers bumping in to the Irish line out coach in a UL gym a few years before his run in Rio.

“He (O‘Connell) was using one of the benches in the gym. When he was finished, I asked him could I use it and he said no problem but then he took a double take. This was a few years ago after a summer where I had run well and I had started to get a little bit of media coverage.”

“He said I recognise you and I was like ‘oh’ but before I had finished saying maybe it was from athletics, he said ‘Did I go to school with you?’ (laughs). There is a good 10-15 year age difference. The grey hair I have must have fooled him in to thinking we were in the same class.”

So, what are Barr’s hopes for Tokyo this summer?