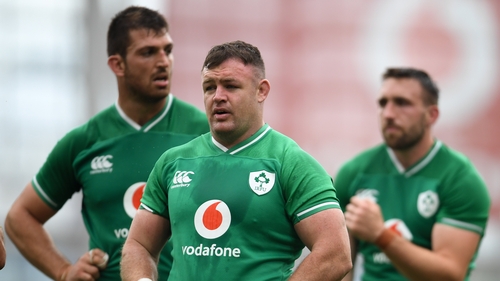 Ireland head coach Andy Farrell has made seven changes to his starting XV for this Saturday’s Six Nations clash against Italy (kick off 2.15pm).

Dave Kilcoyne, Tadhg Beirne and CJ Stander all start with Craig Casey set to make his first international appearance off the bench.

Keith Earls is also among the replacements with Jordan Larmour named to start on the wing.

Conor Murray is not deemed fit enough for a place in the matchday 23 as Johnny Sexton returns to captain the side.

In the front row Kilcoyne packs down alongside Ronan Kelleher and Tadhg Furlong.

Iain Henderson and James Ryan complete the second row while Will Connors, Beirne and Stander are named in the backrow.

James Lowe maintains his place on the left wing while Larmour will make his first start of this year’s Six Nations. Hugo Keenan lines out at fullback.