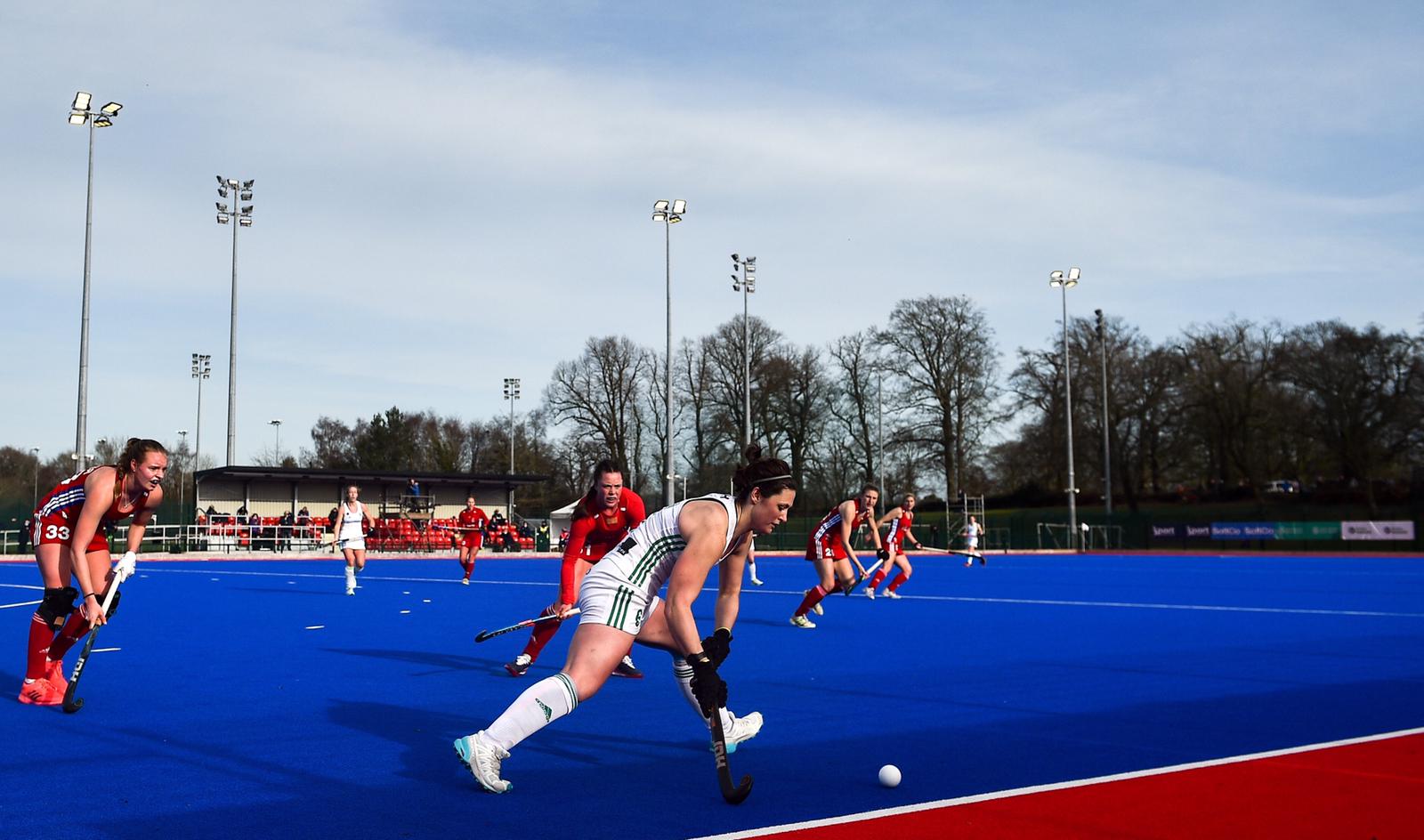 Ever since Róisín Upton picked up a hockey stick, her parents Pauline and Dermot have travelled locally, nationally, and internationally to support her.

In November 2019, the Raheen woman scored the winning penalty stroke against Canada after suffering a fractured wrist earlier in the game to help Ireland qualify for the Olympic Games for the first time ever.

A year and a half later, the Limerick hockey star has accepted that her parents will be unable to travel to the Games in Tokyo with overseas spectators not permitted to enter Japan.

“It’s my family who have been there every step of the way since I started playing hockey when I was 14. They were planning on travelling out even if I didn’t make the squad, so in that sense it is disappointing that there are no overseas spectators.”

“It is disappointing for everyone’s families and they’re all very tight and we were joking because they actually have their own WhatsApp group for all the parents.”

Upton won the first of her Ireland caps against Scotland in November 2016 and three years later secured the team’s ticket to the Olympics. After the Games were postponed last year, she admits the news did not sink in until she returned to training.

“I think it took me a little bit longer than some of the girls for it to sink in that the Olympics were cancelled, and it wasn’t until we probably went back training in September that it hit me.”

The former Limerick Person of the Year realises she and her team are very fortunate to have something to work towards as she believes the past year has allowed her to refocus her mind.

“On a personal level, I’m someone who’s obsessed with what’s happening next and always having a plan so the last year has forced me to live in the moment a bit more and enjoy this journey of getting to do what I love and getting to train – at least I’m getting through this time doing what I love doing.”

After initially only planning on taking one year out from teaching to focus on the Olympics, due to the pandemic and the delayed Games she is now in her second year away from the classroom.

“It set my own personal plans back in teaching but at the same time that’s not the end of the world and life happens and a lot of people are out of work at the moment, so I’m lucky.”

Despite ongoing concerns that the COVID-19 pandemic may again disrupt the Olympics, Upton is confident the Games will take place.

“I don’t know how the message does or doesn’t get across, or if it’s me being naïve, but the Olympic Council in Tokyo have actually released a playbook for how it’s going to happen with the protocols of isolation once you get over there, so that’s with or without a vaccine as an athlete.”

“Their slogan isn’t ‘will it happen’, it’s ‘how it’s going to happen.”

The Raheen native was a standout performer for Ireland in their three-match series against Great Britain in Belfast in March of this year.

The Limerick woman scored in all three games, which were played over four days, as she sought to earn a coveted seat on the plane to Tokyo.

“At the moment we’re a squad of 30 and, first and foremost, only 16 people get to travel to the Olympics, so making that squad is going to be a real test.”

Upton, who has just overcome a hip injury, has a vigorous training routine which involves waking at 7.30am before heading to a physio appointment.

This is then followed by an hour and a half long gym session, a squad meeting over Zoom to avoid congregation and then a two-hour training session on the pitch while also managing her nutrition.

Despite the demands on her body, she believes the hardest part about training within restrictions and guidelines is the lack of social interaction.

“Not getting to see your friends, your family, having to stay as safe as you can, especially because I train up in Dublin – you don’t want to take any risks.”

“When it comes to training, you’re going onto the pitch, you’re staying separated, even if we’re playing games, we’re not congregating in groups. You might have a lunch break for an hour and you’re going out to your car by yourself to have your break whereas usually you might have meetings, or you know you’d be hanging out chatting and catching up.”

However, Upton does not believe this will affect their performance on the field.

“I think the work you do on the pitch overrides that. The group hasn’t changed significantly, we’ve been together now since the World Cup. We’ve lost two or three, but again two or three have stepped in, some of the younger girls have stepped up.”

“So, the bulk of the group is the same – you just miss the social connection more so than anything. It will impact us, but it’s the same for every other country.”