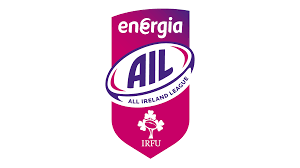 IF you feel that the Rugby World Cup and the Pro14 aren’t filling your insatiable appetite for rugby, then look no further than the Energia All-Ireland League which kicks off tonight.

In Division 1A Young Munster and Garryowen will both face finalists of last year’s emphatic division final, Clontarf and Cork Constitution respectively.

Young Munster will strive for a clinical edge this season, the Cookies’ season last year ended in a disappointing seventh, however, head coach Gearóid Prendergast feels that their position didn’t reflect the talent the Greenfields club possesses.

“It wasn’t the season we hoped for, we just fell short in a couple of games where it was literally a bounce of ball and scorelines of one or two points.

“It was that frustration last year that many of the games were very close and we weren’t at the right side of it,” Prendergast added.

Despite these finals on the horizon, Gearoid Prendergast isn’t feeling the pressure of competing in all fronts, including Division 1A.

“We’re in two cup finals now, so in that perspective we’re two games away from two cups, but in terms of the AIL, our long term goal is to get into the top four but for short term it’s to get a really good start after our first block of games and to build on those performances,” Prendergast added.

A trip south to Temple Hill is an arduous task for any club, Garryowen felt the toughness of the reigning champions two weeks ago when the Light Blues were narrowly defeated by Cork Constitution by nine points to seven in the second round of the Munster Senior Cup.

Garryowen head coach Conan Doyle believes that he and his side will be even hungrier for tomorrow’s provincial clash as they know that they are capable of leaving Cork with a win.

“We played ‘Con two weeks ago in Cork in the Senior Cup and felt we left a win behind us. We set ourselves the challenge of improving our performance since then and I’m confident that we will show that on Saturday,” Doyle assured.

Conan Doyle’s men finished fifth last season, missing out on a playoff place, however, with the inclusion of former Munster hooker Mike Sherry as a coach as well as promotions from the Light Blues’ successful U-20 side, Doyle believes Garryowen can compete for the league.

“The addition of Mike Sherry to our coaching setup is invaluable. He brings a wealth of experience and knowledge, and sets high-quality standards for everyone.

“Our goal is to maximise our potential, we feel if we do that; we have a great shot at winning the league,” Doyle added.

Shannon will begin their campaign for promotion in their return to Division 1B, hosting Old Belvedere at Thomond Park on Saturday.

Despite Tom Hayes’ side impressive first half of last season’s Division 1A, the young Coonagh outfit were relegated in their first season in the top-flight after six years in Division 1B.

With Hayes departing to U.L. Bohemian, the task is now up to Shannon’s new head coach Tadhg Bennett to bring the Parish back up to Division 1A. With a young squad with experience against high calibre squads at his disposal, the Shannon hopefuls will seek to avoid another six years in the second tier.

A total of six Limerick sides will be in action this weekend, with three matches taking place in the Treaty county including a ‘Friday Night Lights’ local derby between U.L. Bohemian and Old Crescent, at the UL 4G pitches tonight kick-off, at 8pm.

Matt Brown’s Crescent side have already secured an all-Limerick Charity Cup final against Young Munster and will hope to carry their momentum to UL for what will be the perfect storm to kick off this season of AIL action.

Bruff had the most successful season in the AIL last season, finishing third place in Division 2C allowing them to compete in the promotion playoffs.

A heartbreaking loss to Malahide in Kilbalyowen Park kept Bruff in Division 2C, and Brendan Deady’s men kick off their promotion campaign up north against City of Derry tomorrow afternoon.

Kick-off times for Limerick clubs in the Energia All-Ireland League: