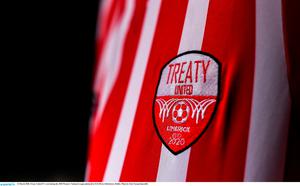 Treaty United FC have announced full details of their fan membership deal which is now on sale.

The Limerick based side are preparing for their inaugural League of Ireland campaign and for their second season in the Women’s National league.

Treaty United Chairman, Conn Murray commented “We’re a not-for-profit club which is rooted in the community and we need the support of fans all across the mid-west and beyond.

To purchase the package or further information visit here.