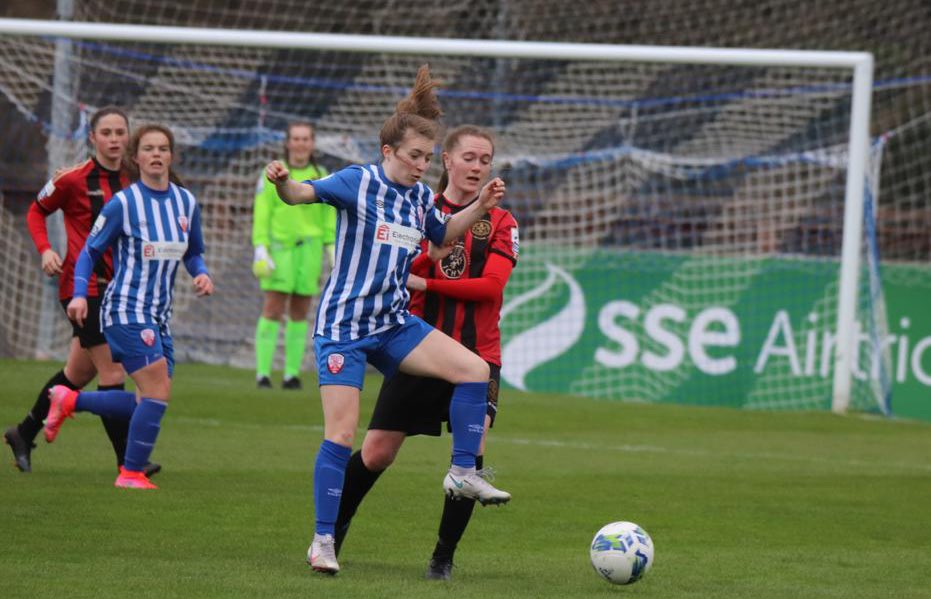 Treaty United were left to rue a slow start as Bohemians WFC ran out 6-2 winners in the opening round of the Women’s National League (WNL).

The Limerick side were looking for a strong start but instead they conceded three times inside the opening 17 minutes as Bohs’ dictated the game early doors with Bronagh Keane scoring a quick fire brace in the seventh and ninth minutes.

Niall Connolly’s outfit needed to respond but they conceded a third just after the quarter hour mark when Naima Chemaou slotted home.

The Limerick side trailed 4-1 at the break, with Aoife Cronin reducing Treaty’s arrears in the 42nd minute.

Treaty started the second half on the frotn foot with a Cronin effort striking the post before Shannon Parbat pulled a goal back for the visitors.

However, any hopes of a Treaty United revival were quickly snuffed out as Aoife Robinson struck for the first of two goals for Bohemians just after the hour mark.

Treaty are also on the road next Saturday, April 3, when facing Athlone Town. The Limerick side will host Wexford Youths at Jackman Park in their opening home league fixture on Sunday, April 18 at 2pm.