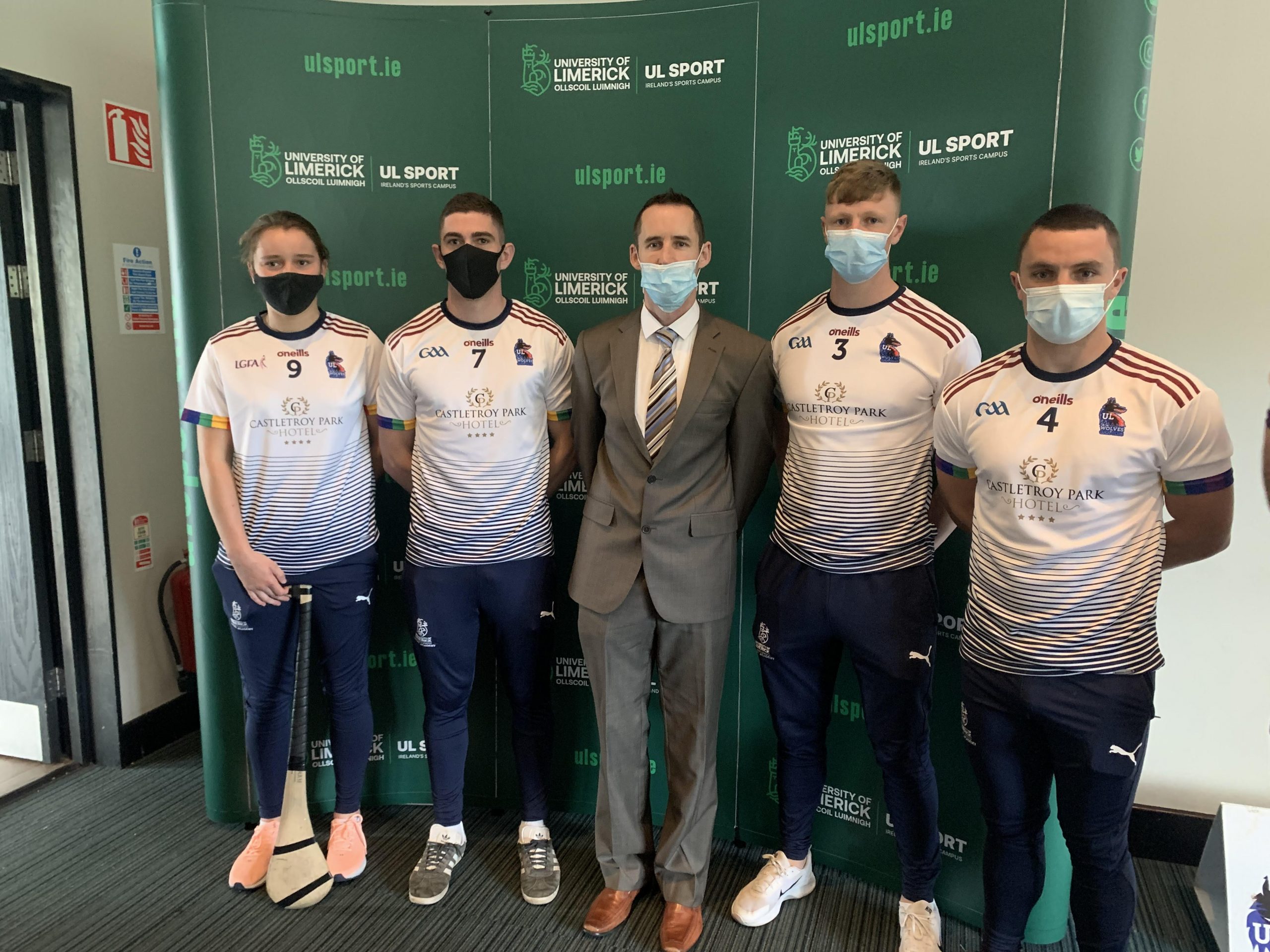 University of Limerick GAA club launched their new jerseys for the 2021/22 season which features LGBTQ+ pride colours this afternoon.

President of University of Limerick, Professor Kerstin May and GAA President Larry McCarthy were in attendance to launch the new jerseys.

The LGBTQ+ colours will be a permanent fixture on the UL GAA club jersey. The jersey also has the Jigsaw logo on it, which is a service that helps young people who suffer from mental health problems.

Opening proceedings at the launch, GAA officer Ronan Keane paid tribute to DJ Collins who was the man behind the idea.

He said: “Today wouldn’t be possible without a number of people but first and foremost we have to commend the individual work of DJ Collins.

“He always championed inclusivity and diversity within his teams. DJ always said you can’t just say it you need to show it. DJ organised jigsaw to do some workshops with the O’Connor Cup team remotely during Covid.

“We now have trained people who will be able to give peer tutoring with people with mental health issues in college. It’s a fantastic initiative, we would like to thank Jigsaw supporting DJ in that.”

Keane finished by thanking the Presidents office for their support for championing inclusivity and diversity.

“From now on every set of new UL GAA jersey will include the rainbow sleeve which should be really celebrated today.”

GAA President Larry McCarthy finished up the launch by praising UL for the initiative which reflects the mantra of the GAA.

“I am delighted to see the mantra of the GAA, where we belong is manifested in the ethos and re-design of the UL GAA jersey.

“Sport, like a university, is a natural home of equality where neither class, nor creed, nor colour, nor orientation, nor ability should impact on participation.

“Playing the game quickly eliminates barriers between team mates and teams, and the GAA is proud of its philosophy that sport is for all.

“I commend the UL GAA Club in being to the fore in propagating the GAA mantra.” finished the GAA President.