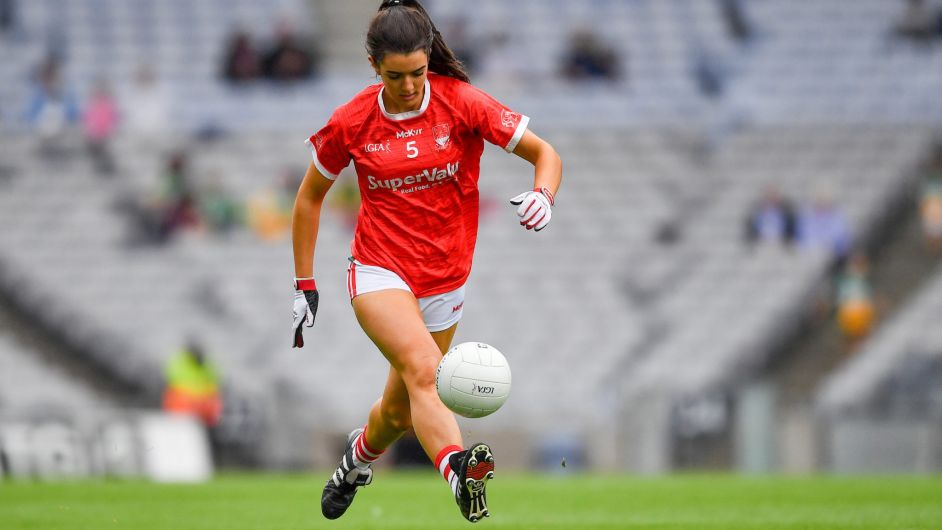 The UL student won it for putting in stellar performances in the half back line throughout the season with Cork.

A week on Ms. O’Shea took time out of her studies to reflect back with Limerick Voice sports editor Jamie Dowling on the night itself.

She said: “To be honest with you, I’m still in utter shock that I was even nominated. Winning an all-star itself never crossed my mind once. But it was everything I ever dreamed of. I’m lost for words still and it’s been a week already.

“It was amazing to be honoured in the hotel that night alongside such talented players like Vikki Wall and Geraldine McLaughlin .

“All These players were girls I would have been looking up to over the years and to be on stage alongside them Saturday night still has me agonised.

“But To be able to represent my county alone meant the world to me and then to be named in the top 15 players in the country at 19 years old. I still can’t believe it. I really don’t think there will ever be a day in my life, to top the weekend I have just had in Dublin.”

Erika puts winning the all-star down to her coaches but also the commitment and the will to never give up when things were tough.

“I definitely put it down to all the coaches I have had over the years and the hard work and commitment I’ve put in.

“There’s been nights I would be the only one in the pitch and I’d stay as long as I could, until the pitch lights were turned off on me.

“Like I said in previous interviews after being dropped numerous times at underage level. It was hard to come back to trials for the team year after year of failure.

“But I’m glad I did. Last weekend shows that you learn from your failures, and you will come back stronger. I hope there’s girls out there thinking that if I could do it, they can too.”

“For the year ahead in UL football, I’m hopefully looking forward to a very successful season. We have a great panel this year and very talented coaches.

“Although are team is young, we’re building for years to come. There will definitely be numerous times the O’Connor cup will be back in Limerick over the next few years and I can’t wait to be a part of it.” She finished.