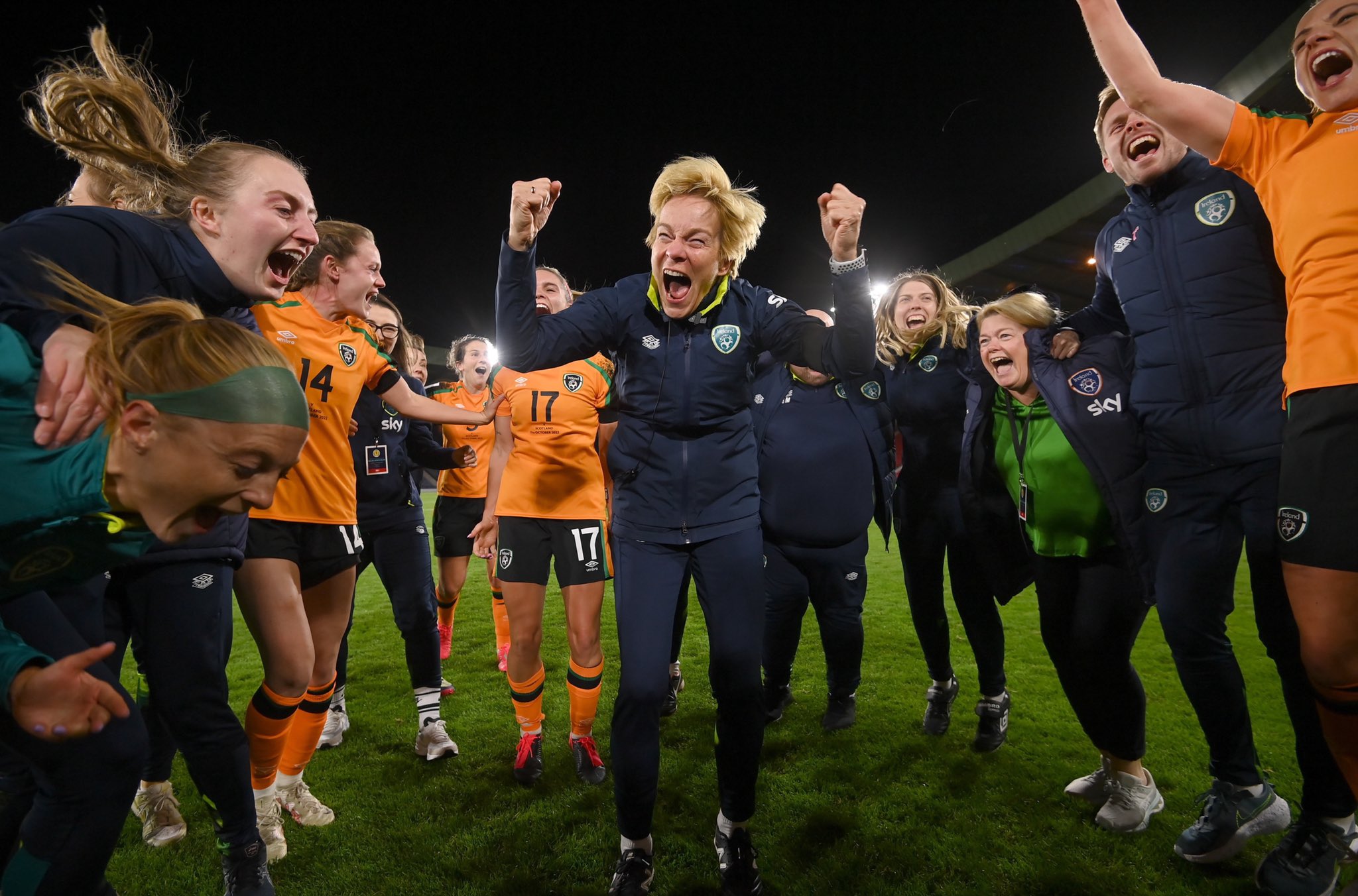 The Republic of Ireland Women’s side made history at Hampden Park last night,
securing World Cup qualification for the first time

The Republic of Ireland’s 1-0 win away in Scotland sealed the Emerald Isle’s place in the World Cup Finals in Australia and New Zealand next summer.

Vera Pauw’s side may not have been ‘the girls in green’, dawning the orange away strip, but there was Limerick green in the stadium with Newcastle West native Claire O’Riordan selected on the bench.

Both teams began the night unsure of their fate with results elsewhere determining whether a direct passage to the World Cup Finals was on the cards.

With the match delicately poised at 0-0 after 72 minutes, the Republic of Ireland hit the jackpot
as second-half substitute and Donegal native Amber Barrett scored the only goal of the game to
send the green section of Hampden Park into football heaven.

A sumptuous pass from Denise O’Sullivan and a delightful first touch preceded a deft finish that sealed Ireland’s fate.

Barrett pointed to the black armband she wore in memory of those who died in the explosion in Creeslough earlier this week.

However, it was far from a straightforward victory for the Republic of Ireland with the Scots
causing a number of problems for the Irish defence over the 90 minutes.

The hosts had the first big chance of the game when Niamh Fahey handled the ball inside her own box giving Scotland a penalty inside the opening 19 minutes.

The Scottish joy was short-lived though, as Caroline Weir’s tame spot-kick was saved by goalkeeper Courtney Brosnan.

Martha Thomas had another penalty appeal waved away just five minutes later and the momentum swung in Ireland’s favour as the first half developed.

A Megan Campbell throw-in squirmed into the Scottish net but was ruled out as it entered the net directly.

On top of this, the Scottish defence was forced into a number of goal-line clearances as the green pressure intensified.

Scotland did create chances in the second half but Barrett’s strike would prove to be a knockout
blow as Vera Pauw steered the Republic of Ireland to the biggest tournament in women’s
football against the country she managed for a seven-year spell.